Scotland Will Produce Its Supercar, The D&H Falen 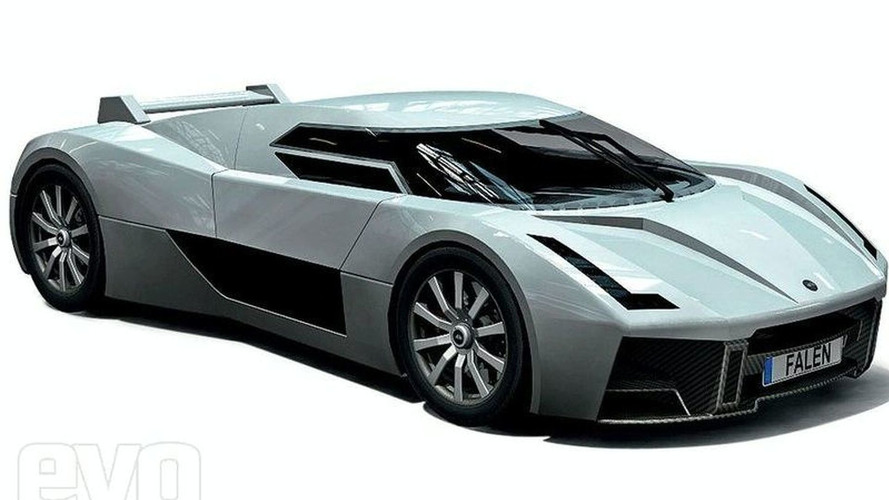 Expected to be presented at the 2009 Geneva Motor Show, only four units of it will hit the roads.

Scotland is well known for producing its high-quality whisky, but this country will also be known very soon as the home of a fantastic sport car (at least in what its first images and specs present). The Dowdeswell and Hardie (D&H, for short) Falen is named after a demon. The reference may be pretty appropriated, considering the car will be powered by a Judd competition engine, the GV5, the same one that was assigned to equip the Phoenix GT/Uirapuru, but may never get under its hood. In what relates to the Falen, it will, and will also send to the rear wheel, through a transaxle, about 800 bhp.

Although the car is already confirmed for production, only four units of the Falen will be ever produced, what, as one can imagine, will take its prices to very high levels, considering the engine the car will have, the body entirely made of carbon fibre, for resistance and low weight purposes, besides the costs of development. These expenditures are always high and may result in loss for the carmaker if only four cars are produced, unless, of course, these four cars charge their future owners for all these items and a little extra for the exclusiveness.

With an aimed weight of 1,000 kg and only 4.2 m long, the 800 bhp vehicle will present one of the best power-to-weight ratios of the market. Anyway, Judd is working to make this engine more traffic friendly, with lower NHV (noise, harshness and vibrations) than the regular competition unit, or else, comfortable enough to be guided to Nürburgring for a weekend run and back home, for example. Dowdeswell and Hardie expect the prototype of the car to be ready for a 2009 Geneva Motor Show presentation.

Gallery: Scotland Will Produce Its Supercar, The D&H Falen