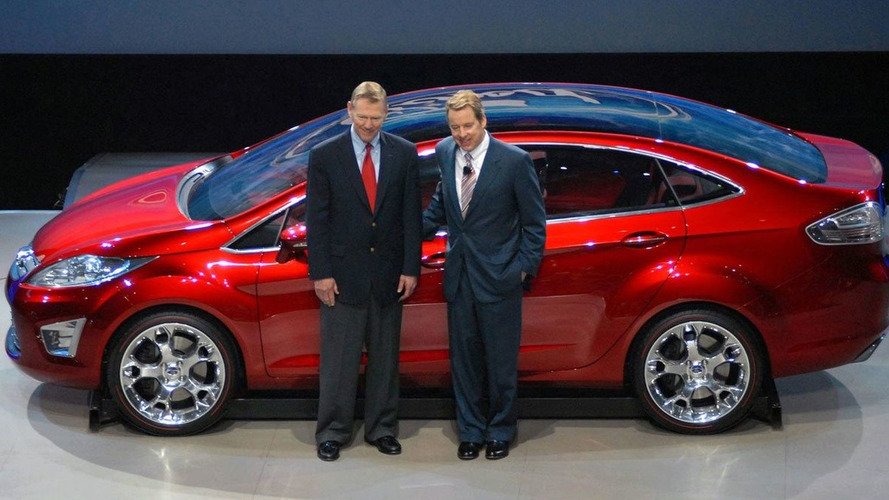 Rumours were confirmed today; Cuautitlán plant will be reformed to start production in early 2010.


When Brazil was eliminated from the challenge to see which country would produce the new Ford Fiesta, aimed to be sold in North America for the first time, little doubt was left about the place that would be responsible for this task. Mexico was the obvious choice for Ford. Besides being able to sell the car to the USA and Canada, due to Nafta, this country also has a free trade agreement with Brazil, what opens the entire South American market to the new vehicle. Anyway, official information is always good and Ford has made its obvious decision official today, in Mexico City, with the presence of Alan Mulally, Ford’s CEO, and the president of Mexico, Felipe Calderón Hinojosa.

Although the announcement was only a confirmation to the obvious decision, there is an information that was not that obvious and will surely please a lot of North American customers: the hatchback version of the car will also be sold in the USA, in a sportier package, possibly aimed at presenting some resistance to Mini, the car that has shown automotive executives the Americans also have a taste for European vehicles. The decision to sell the car in North America can also be accounted for the fact that the Mexican and the Brazilian market appreciate hatchbacks. Considering it would be a good idea to serve these two markets, why not USA as well?

Besides the hatchback, the compact sedan that will come out of Cuautitlán plant will be entirely inspired by the Verve Sedan presented at the 2008 Detroit Auto Show (possibly only with minor changes). The plant will go through massive modifications in order to produce the compact vehicles, once it nowadays is settled to produce F-Series pickup trucks. The fabrication processes for cars and trucks are very different, what explains the long time the plant will take to start delivering Fiesta’s first units, only in early 2010. The total investment for the reform amounts to US$ 3 billion and includes producing diesel engines at the Chihuahua plant and a new transmission plant in Guanajuato, in a joint venture with Getrag (GFT), to produce DSG-like gearboxes, the best ones for reducing emissions and improving fuel consumption. The investment will also generate 4,500 direct new jobs and 30,000 indirect jobs.