The heavy-duty trucks hide a facelift underneath the camouflage. They might have a more powerful diesel engine, too.

Ram is prepping a “major update” for its heavy-duty 2500 and 3500 pickups for both consumer and commercial clients in 2018, and these spy shots provide an early look at what to expect. According to our spies, they caught this pair while the trucks were doing high-altitude hauling tests in the Rockies.

These shots indicate that Ram has some styling tweaks for its heavy-duty trucks, at least at the front end. The grille appears to be the same, but the lower fascia seems to have a more prominent intake below the tow hooks. There’s a slight re-sculpt for the hood, and the headlights also look a little different. We would expect Ram’s designers to make changes to the rear, but those updates don’t appear on these pickups. Inside, look for infotainment system upgrades that would keep drivers connected. 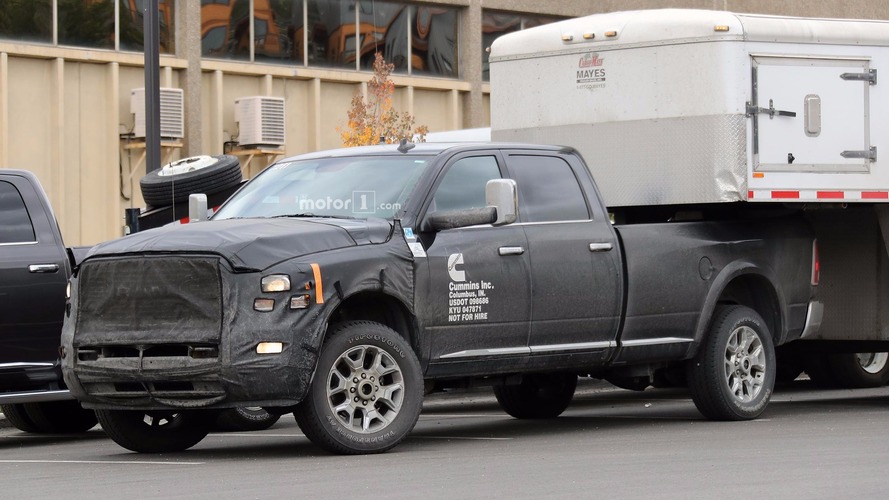 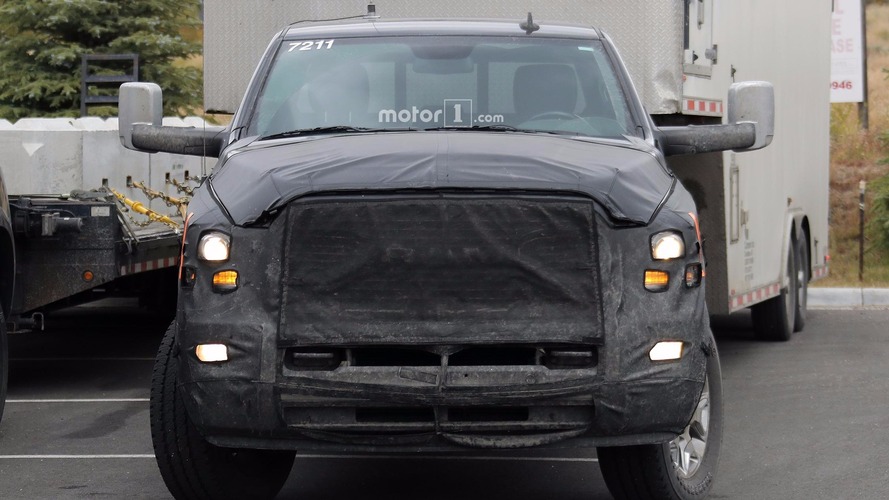 The Cummins decals on the sides of these trucks hint that the diesel engine might get an upgrade. In its current form, the Ram 2500 has the 6.7-liter inline-six with 350 horsepower (261 kilowatts) and 660 pound-feet (881 Newton-meters) with the six-speed manual or 370 hp (276 kW) and 800 lb-ft (1,084 Nm) with the six-speed automatic. The Ram 3500 is also available with a version that produces 385 hp (287 kW) and 900 lb-ft (1,220 Nm) with a six-speed automatic. These numbers are already very impressive, but the highly competitive American pickup market forces companies into constantly improving their products. Don’t be surprised if the torque figure goes over 910 lb-ft (1,234 Nm), so that Ram can steal bragging rights from the 2017 Chevrolet Silverado HD and 2017 GMC Sierra HD.

Lower down the lineup, the Ram 1500 should receive some updates soon, too. Spy shots show a larger Mega Cab body is under development for buyers who need extra interior room. Inside, expect infotainment improvements that are akin to the new Pacifica. Updates for the steering wheel and instrument panel are possible, too.