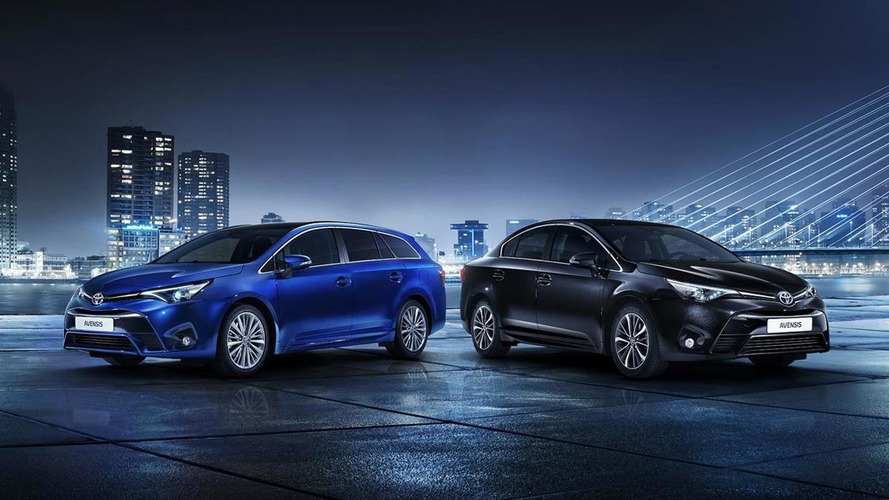 The mid-size sedan is facing the ax as SUV sales boom.

The exponential growth in SUV sales could claim yet another conventional sedan, as Toyota considers the future of the mid-size Avensis.

Sold throughout much of the world, the Avensis was introduced in 1997 to compete in what was, at the time, a vitally important sector, going up against the likes of the Ford Mondeo, Opel Vectra, and Peugeot 406. But in the last few years, many buyers who would in the past have chosen a “D-segment” sedan or wagon such as the Avensis have switched to SUVs and crossovers.

According to Auto Express, the future of the Avensis line is “under discussion” as the current, third-generation model reaches the end of its life. Launched in 2009, the British-built car has been facelifted twice, most recently in 2015. Though not sold in the United States, its New MC platform underpinned the recently-discontinued Scion tC.

Speaking to Auto Express, Toyota Europe president and CEO, Johan van Zyl, said: “We are looking at that segment of the market and asking ourselves some questions. We’re very satisfied with the performance of Avensis now - the product is doing fine for us. But we’re asking if the next step should be another D-segment saloon [sedan] or something else.”

At the moment, Toyota’s European SUV range is somewhat limited. Until the C-HR is launched, it starts with the RAV4, then jumps to the Land Cruiser. Doing away with the Avensis would open up space in the range - and the development budget - for another SUV or crossover.

Rumors that the Avensis could be axed first surfaced in 2014, though that was in the context of Toyota’s plan to introduce a hybrid version of every model in its range by the end of this decade.

Avensis rivals such as the Mondeo, Opel Insignia, and Peugeot 508 are also struggling against SUVs, but their makers are sticking with them. Renault has showed faith in the segment by launching the new Talisman, but Citroen dropped its C5 earlier this year and Nissan abandoned the segment years ago.