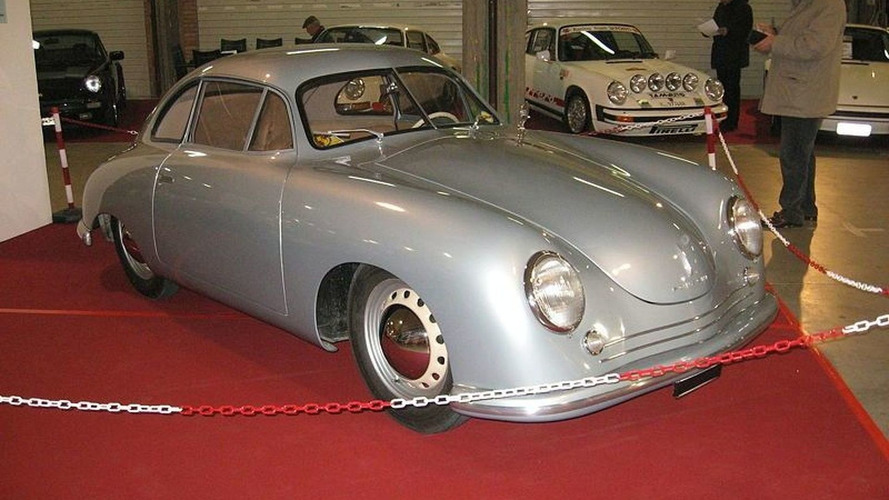 Back on June 8th 1948 Porsche presented the model 356 “no 1”, the very first Porsche prototype to receive official approval for road service.

Back on June 8th 1948 Porsche presented the model 356 “no 1”, the very first Porsche prototype to receive official approval for road service. The two-seater open roadster was powered by a 40 horsepower mid-mounted air-cooled flat-4 engine with a displacement of 1.131cc. Much of the underpinnings of this model were derived from the Ferdinand Porsche Snr designed Volkswagen Beetle and would eventually evolve into the full production rear-engined 356.

The 356 saw a production run of around 76,00 vehicles, of which it is thought about half of them still exist today giving us a small insight into how important this model was in the history of the automotive industry. In 1963 Porsche presented the new 911 (which would have been called the 901 had Peugeot not already owned the rights) to replace the 356 and as we all know it continues to thrive following more than three decades of success. More recently we have the Porsche brand venture outside the conventional sportcar with the Cayenne SUV and next year we will see the new Panamera four-door coupe.

Porsche has grown into one of the most profitable automakers in the world evident by their intentions to take over the massive VW empire, but despite the enviable position Porsche has at the moment, it hasn't always been so rosy. The sportscar brand has gone through some tough times, the early nineties in particular may still be etched in the back of many minds. The dark period in their history which threatened the independence of company was soon turned around beginning with the appointment of Dr. Wendelin Wiedeking as CEO in 1992 who introduced the generic terms ‘lean management’ and ‘lean production’, seeing the sportcar manufacturer back in the black by 1995.

The rest as they say is history, read the press release below for a more in depth insight.