There are no gulling doors in sight here.

A new batch of spy shots gives us the first real-world look at the next-gen Lincoln Navigator. Unfortunately for us, Ford’s engineers cover the massive SUV with so much camouflage that it’s difficult to spot what’s new about the styling.

The new Navigator appears to take major design cues from the latest Continental. We can see that the big SUV has a similar mesh grille as the range-topping sedan by zooming in close to these spy shots. The headlights look similar, too. 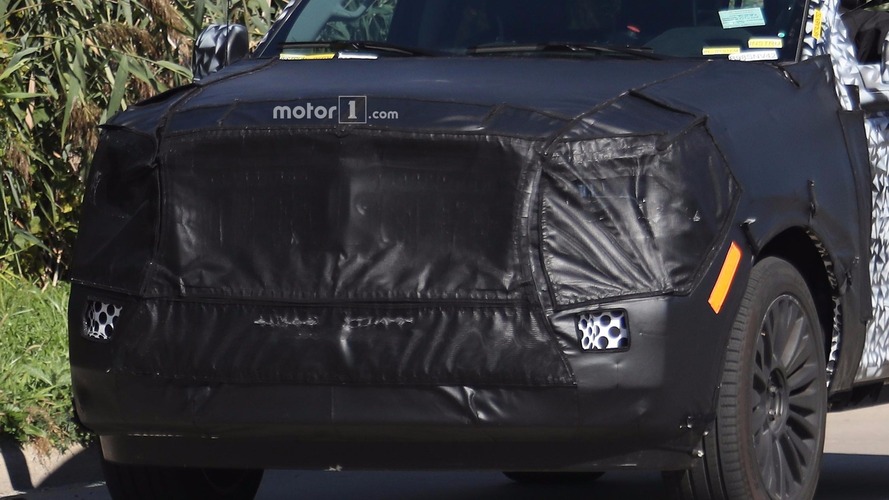 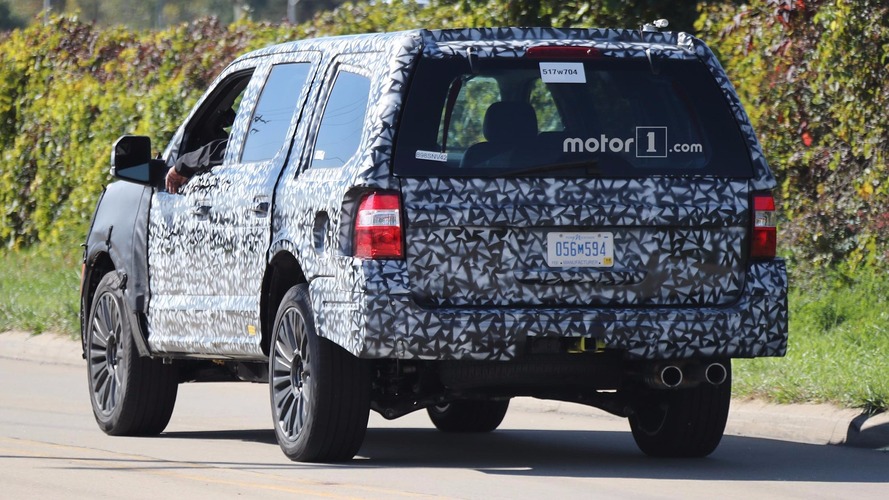 The camouflage hides the major design details, but the new model’s overall shape suggests that it probably looks a lot like last year’s Navigator concept. The SUV from the New York Auto Show features chiseled styling that is quite handsome on the big vehicle. Aluminum body panels should help cut weight off the massive model, too. Unfortunately, Lincoln already confirms the concept’s gullwing doors are not on the production version.

The concept used a version of Ford’s 3.5-liter EcoBoost biturbo V6 with 400 horsepower. We might see that much power or more in the production version because the Blue Oval’s high-output 3.5-liter EcoBoost in the latest F-150 Raptor makes 450 horsepower (336 kilowatts) and 510 pound-feet (691.5 Newton-meters). The company’s new 10-speed automatic gearbox would be the natural transmission choice because the 2017 F-150 and Raptor with the 3.5-liter biturbo V6 also use it.

The Navigator is Lincoln’s flagship SUV, and buyers can expect a bevy of high-tech amenities for helping them get around. Look for the latest in driver safety systems, including a 360-degree camera, lane-keeping assist, and collision mitigation. Driver’s can also play with Lincoln’s latest infotainment system.

We expect Lincoln to debut the new Navigator in the first half of next year. Customers might eventually have the choice of two wheelbase lengths, but we don’t yet know whether both bodies would arrive at the same time.