Audi boss responds to quit rumours: “Nothing is decided” 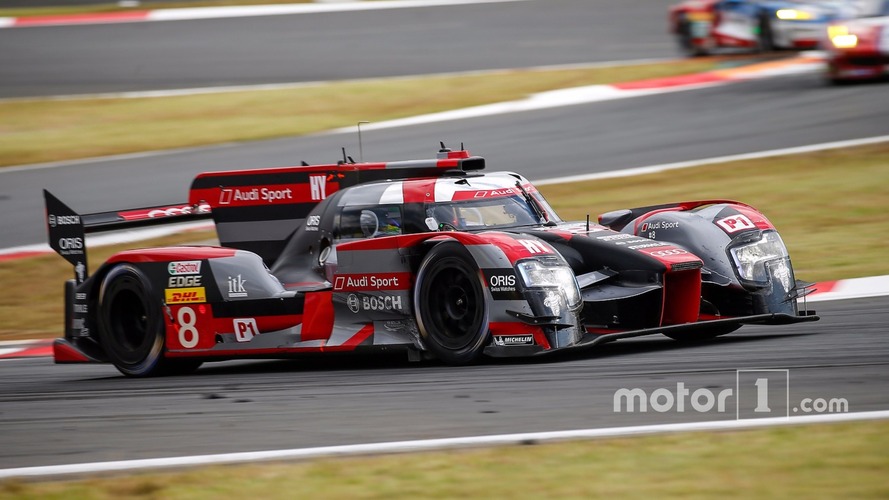 Audi’s Head of Motorsport Dr Wolfgang Ullrich has responded to reports in the German press that the manufacturer is set to withdraw from LMP1 after 2017, insisting nothing has yet been decided.

The reports emerged in the run-up to last weekend’s 6 Hours of Fuji, in which Audi lost out to Toyota by just 1.4 seconds in what was the closest race finish in WEC history.

A number of factors were cited, including the need for the VW Group (which also owns Porsche) to cut costs, a lack of recent on-track success for Audi and the next rules cycle – due to begin in 2018 – being likely to further disadvantage diesel cars owing to an increase in available hybrid power.

However, addressing the media in Fuji, Ullrich was adamant that the board decision on Audi’s LMP1 future has yet to be taken, and that he was optimistic that the program will continue.

Said Ullrich: “We have seen so many rumours in the press during the last years, and the good thing is in most cases the negative ones didn’t occur.

“So I’m optimistically looking forward to the future. We are organising our race program in the standard way, which is always in the autumn of the year.

“The meeting of the board where normally the motorsport program is defined has not taken place yet, so nothing is decided.”

Ullrich also confirmed that work is ongoing on Audi’s concept for the next rules cycle, adding that the Ingolstadt marque is working with series organisers to try and ensure parity between its diesel-propelled R18 and its petrol-powered rivals.

“We are working to ensure that the rulebook is fair to all the different technical concepts,” he said.

“Qualifying [the top six were split by just over half a second] proves that the basic rulebook is a really good one, but there are many details that we need to work on together,

“The things we think are not in our favour, that should be corrected, we continue to work on that.”

Another of the factors cited by the press reports is the growing scepticism in the road-car industry that diesel has a long-term future, owing to increasingly tough emissions regulations.

Ullrich however was quick to defend Audi’s decision to invest in diesel for its LMP1 program, saying that its efficiency compared to petrol still makes it an attractive proposition.

“There is a lot of politics behind it, and we shouldn’t get too crazy at present,” said Ullrich.

“We think that the diesel engine is still one of the most efficient combustion engines you can get. They can be very clean, it’s just a question of working on it and developing it.

“As long as efficiency is a key factor, we think the diesel in racing is still a good solution.”