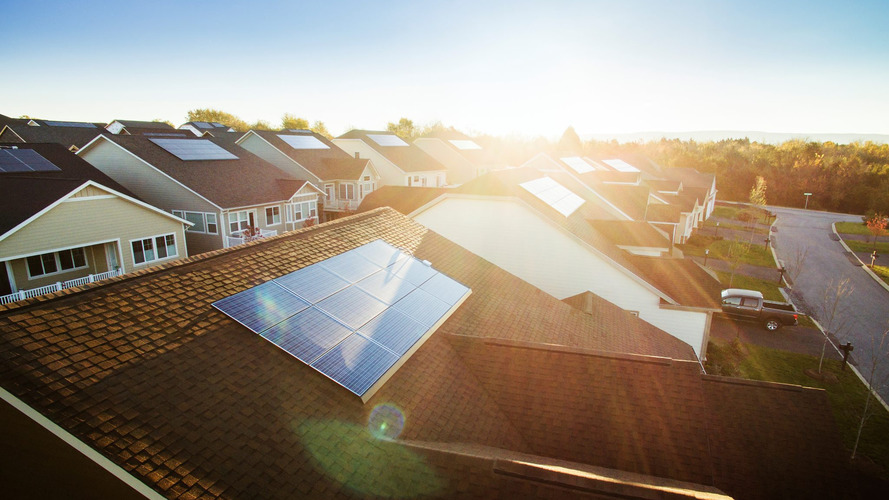 Tesla and Panasonic have announced they will work in partnership to manufacturer photovoltaic solar panel cells and modules at SolarCity’s new Gigafactory in Buffalo, New York.

The two tech giants have signed a non-binding letter of intent. The deal depends on Tesla’s shareholders approving the company’s acquisition of SolarCity. A vote is due to take place on November 17.

Tesla says the cells will be used in a “solar energy system” able to charge Powerwall and Powerpack modules, as well as electricity grid storage facilities.

Production is expected to start at the $750 million, 1.2 million square-foot (111,484 square meter) factory in 2017. The state of New York actually owns the factory, and rents it to SolarCity at a much-reduced rate, on the basis that the company recruits the vast majority of its staff locally.

Like Tesla’s own battery production facility in Nevada, the Buffalo factory has been dubbed a "Gigafactory", in that it has a production capability of one gigawatt of solar panel capacity.

Tesla and Panasonic already work in partnership, including on the production of electric cars and grid storage battery cells at the Nevada Gigafactory.

“We are excited to expand our partnership with Panasonic as we move towards a combined Tesla and SolarCity,” said Tesla co-founder JB Straubel. “By working together on solar, we will be able to accelerate production of high-efficiency, extremely reliable solar cells and modules at the best cost.”

Tesla and Panasonic to Collaborate on Photovoltaic Cell and Module Production in Buffalo, New York

Tesla and Panasonic have entered into a non-binding letter of intent under which they will begin collaborating on the manufacturing and production of photovoltaic (PV) cells and modules in Buffalo, New York. Under this agreement, which is contingent upon shareholders' approval of Tesla’s acquisition of SolarCity, Tesla will use the cells and modules in a solar energy system that will work seamlessly with Powerwall and Powerpack, Tesla’s energy storage products. With the aid of installation, sales and financing capabilities from SolarCity, Tesla will bring an integrated sustainable energy solution to residential, commercial, and grid-scale customers.

The parties intend for Panasonic to begin PV cell and module production at the Buffalo facility in 2017. Tesla intends to provide a long-term purchase commitment for those cells from Panasonic.

The collaboration extends the established relationship between Tesla and Panasonic, which includes the production of electric vehicle and grid storage battery cells at Tesla’s Gigafactory.

JB Straubel, Chief Technical Officer and Co-founder of Tesla, said “We are excited to expand our partnership with Panasonic as we move towards a combined Tesla and SolarCity. By working together on solar, we will be able to accelerate production of high-efficiency, extremely reliable solar cells and modules at the best cost.”

The continued partnership between Tesla and Panasonic is an important step in creating fully-integrated energy products for businesses, home owners and utilities, and furthers Tesla’s mission toward a sustainable energy future.