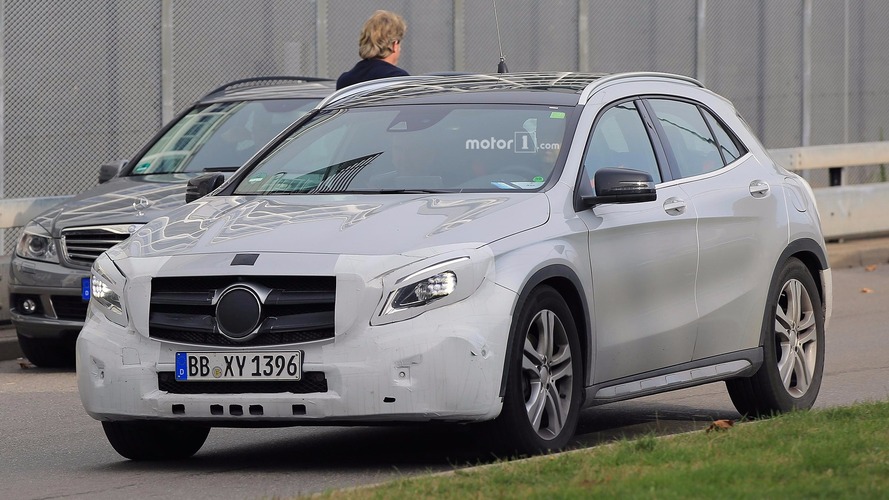 We should see it without the concealment in the first half of next year.

New spy shots are giving us a fresh look at the revised Mercedes-Benz GLA-Class. This example of the compact luxury crossover seems to wear updates to the front and rear bumper that aren’t visible in earlier photos.

Up front, these pictures provide a great look at the GLA’s new LED headlights, which are likely an optional upgrade. There are also big changes to the lower fascia. The side intakes are either absent or more at the corners. In their place, Mercedes’ designers install the sensors for a driver assistance system.

The rear now bumper now fully encloses the exhaust pipes, and there are also more sensors for monitoring what’s happening behind the driver. In addition, the stylists tweak the taillights, but the camouflage hides exactly what’s new.

We don’t have photos of the updated GLA’s interior yet, but we have a good idea of what to expect. Buyers can look forward to new materials and the option of getting a larger infotainment display. Smartphone mirroring capability, like Apple CarPlay and Android Auto, should be part of the update, too.

Don’t expect the updated GLA to include big mechanical changes. The current engine range should carry over to the refreshed model. Mercedes might give the engines small power bumps and increase their efficiency, though. According to our spies, the company's Dynamic Select system, including its adaptive dampers, would be a standard feature on all but the lowest trim level GLAs. The tech lets customers tune the driving dynamics exactly to the person's preferences.

Daimler’s product plan tells us that that the GLA facelift debuts in the first half of 2017. So far, this document is quite accurate, which indicates there's good reason to look for the compact crossover around that time. The Geneva Motor Show next March might be the right time for the debut. Sales would then begin before the end of next year. 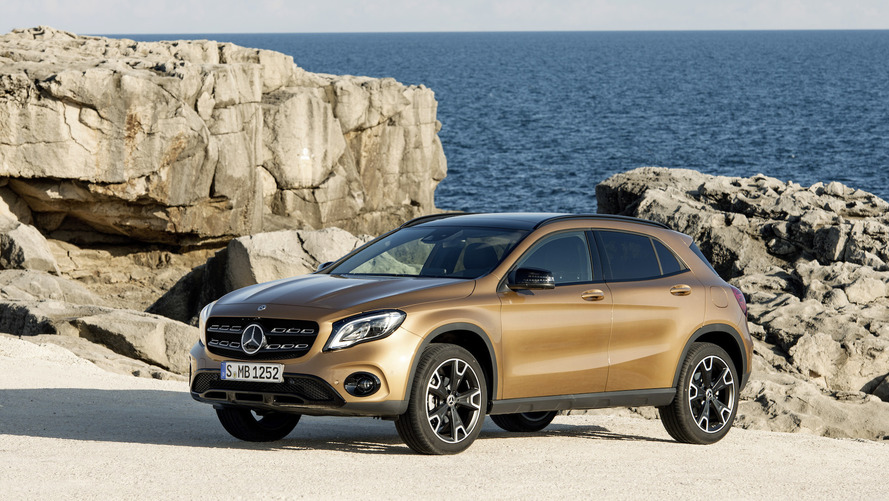