With a purple exterior and a turquoise interior, this special Huayra is a sight to behold.

To ease the wait until the reveal of the Huayra BC’s Nürburgring lap time, Pagani has decided to introduce yet another very special Huayra. The car was actually previewed almost two years ago and now the model has made its debut in China where only three cars are headed, each with a bespoke livery.

The client has decided to go with a purple finish for the carbon fiber body featuring a series of aero tweaks developed for the optional $181,000 Tempesta package fitted as standard on this customized Huayra. It also has the kit’s lighter 20-inch front and 21-inch aero-grade aluminum wheels, but this time around these come with a gold finish to further boost the Huarya’s visual impact. 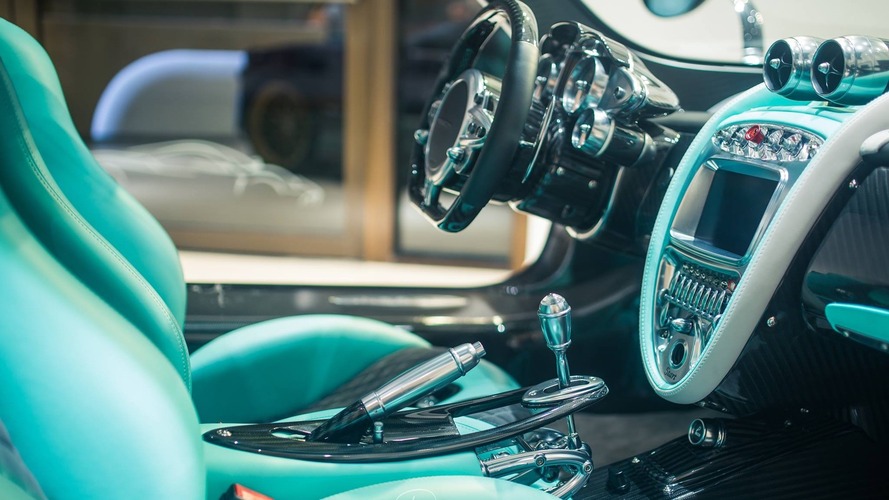 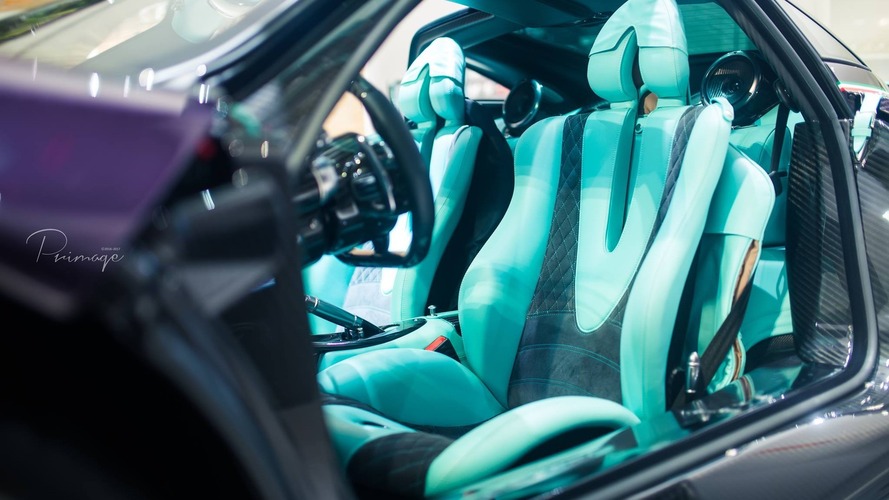 As far as the interior is concerned, the turquoise theme applied onto the seats, door panels and on the center console is something that you don’t get to see every day. The striking hue is complemented on the outside on the front splitter, side skirts, brake calipers, and also at the back on the central fin. Without any doubt, the car has certainly been commissioned by a wealthy owner that wants to stand out from the crowd and finds the regular Huayra too mundane for his tastes.

There aren’t any changes in terms of powertrain, so the Huayra Dinastia has the same biturbo 6.0-liter V12 AMG engine developing a massive 730 horsepower and 1,000 Newton-meters of torque through a sequential seven-speed transmission. For even more oomph, there’s always the mighty Huayra BC with 750+ hp on tap and a lighter body.

The Dinastia follows a plethora of other special Huayra introduced by Pagani, with recent examples being the Futura and Pearl. In a sea of tricked-out Huayras, the legendary Zonda is still going strong with multiple one-offs, such as the Zonda by Mileson.

Note: Photos used with permission from Primage. Some of the other images come from Pagani China