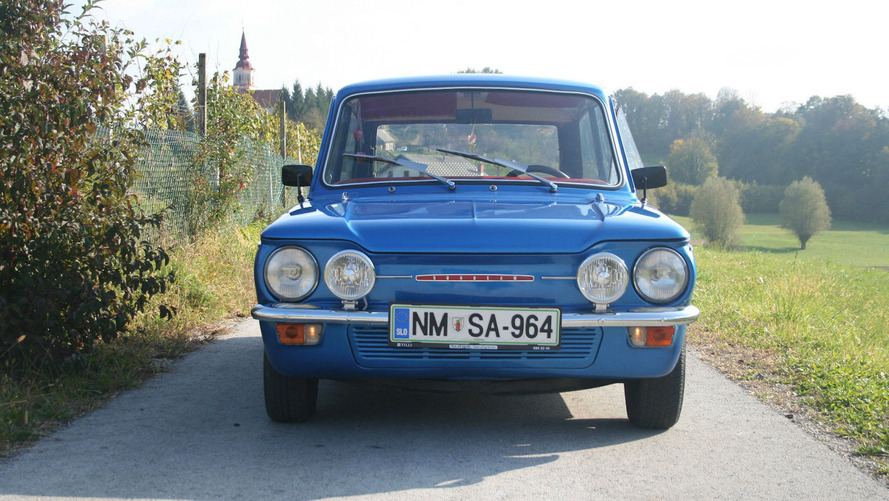 For the price of an SUV, you could own this fully-restored Sunbeam Imp classic coupe.

The Sunbeam Imp (aka Hillman Imp) may not be remembered the world over as the Mini competitor the company had hoped it to be, but even without a long and storied history, the plucky little coupe lasted in production from 1963 to 1976. Over half a million models sold throughout Europe within that timeframe.

Aside from a quirky design that even some Mini enthusiasts might consider “over the top,” the IMP featured an 875 cc all-aluminum engine that was the first of its kind. It was mounted with a 45-degree slop which optimized balance and performance, arguably outdoing some of its closest competitors. But unlike the Mini, the IMP didn’t retain its collectability (at least not initially), making them a bit more difficult to find in good condition in today’s market.

Luckily, this handsome example has shown up for sale on eBay

with just 35,000 miles on the odometer, a fresh coat of paint — and then some. And by “some,” I mean a full ground up restoration.

Purchased by its current owner in 2015, this handsome Hillman was given a complete restoration spanning close to 1,000 hours of manual labor. The seller doesn’t specify exactly what all went into the build (you might want to email him before bidding), but the pictures show a stunning baby blue exterior finish with chrome accents, a fully re-upholstered red leather interior, and an engine that retains most of its original uniqueness.

Aside from the occasional vintage competitions, the owner says it was used mostly recreationally; long drives through the hillside, trips to the market, that kind of thing. The next owner should probably expect the same kind of enjoyment out of it — the ‘Buy It Now’ price is $36,000.