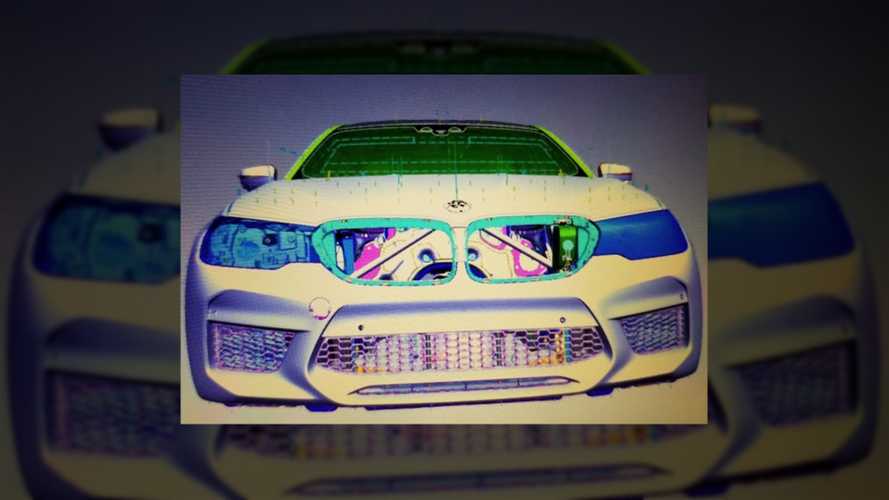 We could be looking at the next-gen M5's front and rear fascias courtesy of two CAD files reportedly provided by an anonymous BMW insider.

The next iteration of BMW’s fast-paced midsize sedan has already been caught on camera multiple times, but now we are able to get a much better view thanks to what appear to be legit computer-aided design (CAD) files obtained by the folks from “The Cammed and Tubbed Podcast.” They were able to get ahold of the two CAD files from a BMW insider, so there are reasons enough to believe it’s the real deal.

Perhaps it doesn’t look as aggressive as some might have expected, but even so the front and rear bumper clearly denote we’re dealing with a performance sedan ready to put up a good fight against the forthcoming Mercedes-AMG E63 Sedan.

The new M5 will receive an optional xDrive layout for the first time in the glorious history of the powered-up sedan and underneath the muscular hood will reside an evolution of the biturbo 4.4-liter V8 engine. It already has 600 horsepower in its highest state of tune, but in the M5 (F90) it might have as much as 626 hp if we were to rely on the rumor mill. Purists will be sad to hear the new M5 will not be offered with a manual gearbox because there’s virtually no demand for it, according to BMW M GmbH President Frank van Meel.

There’s no word about performance just yet, although it should turn out to be quicker than the M5 Competition Edition that needs only 3.9 seconds until 62 mph (100 kph) and tops out at an electronically-capped 190 mph (305 kph). The new M5 will be not only more powerful, but also lighter, so it should easily eclipse the special edition’s performance numbers. Even the new M550i xDrive is already quicker than the standard outgoing M5 by one tenth of a second in the sprint, needing just four seconds to complete the task.

Attached below is a gallery of spy images showing the next M5 in prototype guise undergoing testing in the Mojave Desert.