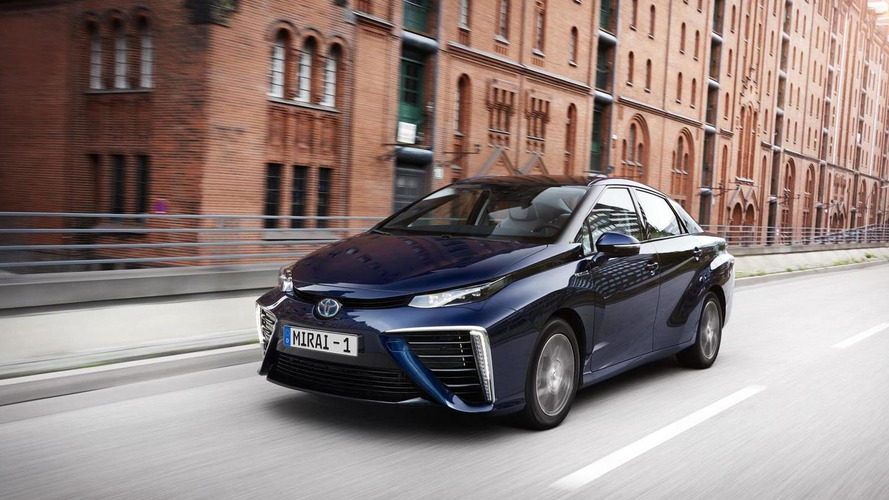 In a bid to promote eco-friendly transportation, the government in U.K. has agreed to provide £2 million funding to boost the number of hydrogen fuel cars.

A total of 20 brand new Toyota Mirai fuel cell vehicles will hit the streets of U.K. after the model has received support in the country’s government as part of a £2 million (about $2.4M) investment plan to promote ultra-low emission cars. The cars are going to be in service by April 2017 and some of the customers include the Science Museum, Aberdeen City Council and Arval. This latest move from the local authorities is part of a significant £600M ($730M) investment in eco-friendly cars by the end of the decade.

U.K. is not only trying to increase the popularity of FCVs, but it’s also working on upgrading the national H2 infrastructure network necessary to help make hydrogen cars a viable and compelling solution. At the same time, Toyota is enhancing its support for the Mirai sold in U.K. by bolstering the specialized service centers catering the four-door sedan with new locations in London, Swindon, Sheffield, Swansea, and Aberdeen set be opened this week.

In related news, ITM Power has inaugurated a public hydrogen refueling station at the Centre of Engineering and Manufacturing Excellence (CEME) in Rainham, east London. On the same site, Toyota has its Technical Training Centre where it offers training related to hydrogen fuel cell technology.

More importantly, it will cover an estimated 312 miles (502 kilometers) before having to refill the carbon fiber-made hydrogen tank, so range anxiety should be less of a problem with the Mirai. On the other hand, at £66,000, it’s not what you would call affordable.

Twelve new Mirai customers, including the Science Museum, Aberdeen City Council and Arval are among the fleet operators that have been successful in a competition to share £2 million to invest in new hydrogen fuel cell cars and vans. The new vehicles should be in service by April next year.

Mirai, a mid-size four-door saloon, is powered by electricity generated on-board by a Toyota-developed hydrogen fuel cell and produces no harmful emissions when driven – in fact the only by-product is water.

The fleet funding support for hydrogen fuel cell vehicles is part of the UK Government’s commitment to a £600 million investment in ultra-low emission vehicles by 2020.

Paul Van der Burgh Toyota (GB) President and Managing Director, said: “We are proud to be at the forefront of bringing the benefits of ultra-low emission transport to the UK and welcome the Government’s announcement of funding that will enable more of our customers to introduce Mirai to their fleets. Toyota is committed to producing vehicles that provide sustainable mobility, developing breakthrough technologies that have successfully brought hybrid and now fuel cell vehicles to the marketplace.”

Toyota invests in more specialist centres
Toyota is supporting the roll-out of hydrogen-fuelled vehicles in the UK with the provision of specialist service centres for Mirai at additional locations across the country.

From next week, centres in London, Swindon, Sheffield, Swansea and Aberdeen will help extend the reach of the technology, in line with the national H2 infrastructure network plan.

The station is the second in the UK to make hydrogen on-site from solar energy, captured using an array of photovoltaic panels, and follows ITM Power’s opening of a wind-powered station in Rotherham. It is the sixth facility to be delivered by the European HyFive project, funded by the European Fuel Cell and Hydrogen Joint Undertaking (FCHJU) and the Office of Low emission Vehicles (OLEV).

Seven Toyota Mirai were among 11 hydrogen fuel cell vehicles that took part in a zero emissions rally to mark the opening of the refuelling station this week, producing nothing but water in their journey to the new facility, located close to the A13 arterial route and the new Thames Gateway development. They followed two rally routes – one a 186-mile journey from a wind hydrogen station in Rotherham, the other a cross-London trip from ITM’s refuelling station in Teddington, passing through the capital’s Low Emission Zone. Both routes were well within Mirai’s driving range of around 300 miles on a full tank of fuel.