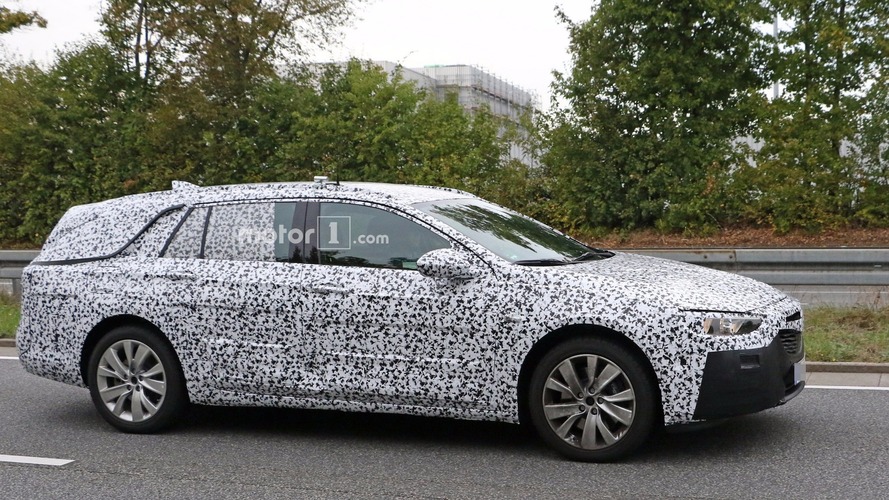 The Sports Tourer looks substantially bigger than its predecessor and that will pay dividends in terms of practicality.

With wagons it’s all about space, and there should be plenty of it in the second-gen Insignia Sports Tourer taking into account it seems to be larger than the outgoing model. The current car has been around for about eight years, so a replacement is long overdue to keep up with segment rivals such as the Volkswagen Passat Variant, Ford Mondeo Estate, and the hugely practical Skoda Superb Combi.

Despite the visible jump in size, the all-new Insignia wagon will actually be lighter and a report from Germany is indicating a significant diet of around 440 pounds (200 kilograms) is expected. It is believed the overall length will increase by around 15 centimeters (5.9 inches), and about 10 cm (3.9 inches) of the stretch will be in the wheelbase to grant more legroom for rear passengers. In addition, the increased footprint will also boost cargo capacity over the current model’s 540-liter trunk with the rear seats in place and 1,530 liters once folded.

Even though the prototype’s styling remains concealed under heavy camouflage, we can already observe the new Insignia Sports Tourer will have an entirely different design. A sharper look previewed by the sleek 2013 Monza concept should give the new midsize model lineup from Rüsselsheim a more modern appearance.

As far as the engines are concerned, an assortment of four-cylinder turbocharged gasoline and diesel units shared with the smaller Astra is expected, along with a new bi-turbodiesel with plenty of torque to haul goods. Later during the model’s life cycle, a range-topping OPC version will be launched with a six-cylinder engine delivering somewhere in the region of 400 horsepower, according to the latest gossip.

On the tech side, expect the new Insignia to be offered with optional matrix LED headlights and GM’s OnStar system as seen in the Astra compact. Opel’s latest infotainment system with a more generous touchscreen enabling a less cluttered dashboard layout with fewer buttons will be available and it will bring along support for Android Auto and Apple CarPlay.

The Insignia Sports Tourer caught on camera by our spy photographers will likely spawn once again a more rugged Country Tourer derivative, but it will probably come at a later date. Meanwhile, the regular Insignia will allegedly be unveiled before the year’s end, with the wagon to follow shortly thereafter. The new Insignia will also slap on a Buick badge for United States where it’s going to be sold as the new Regal. As usual, in the U.K. it is going to be sold as a Vauxhall. Moreover, the car is going to have a fourth personality in the form of the 2018 Holden Commodore destined to be sold in Australia.