Mysterious concept drives itself from the future to the trademark office 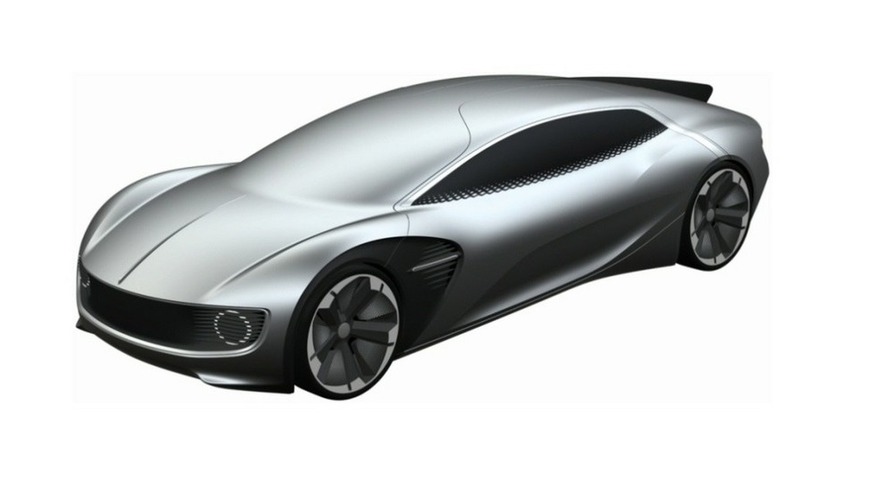 Believed to be an autonomous concept from Volkswagen, this very long coupe looks like it was designed to star in a Sci-Fi movie.

Discovered by a member of the VW Vortex forums, the concept apparently belongs to Volkswagen and was registered with the European Union Intellectual Property Office (EUIPO). It takes the shape of a very long, low-slung coupe featuring beefy front and rear fenders as well as a prominent central fin at the rear. The silhouette of the car makes us think of Mercedes-Benz’s IAA concept and most likely the curvaceous body has been designed with aerodynamic efficiency in mind.

The front fascia reveals the absence of a conventional windshield, while at the back there seems to be an automatically deployable rear spoiler. The side profile shows a pair of massive gulling wing doors and quite long front and rear overhangs. The lack of side mirrors and cameras is probably a way to improve drag coefficient, just like the aforementioned very sleek IAA concept with its 0.19 coefficient also possible thanks to an extendable body.

Overall, the styling does not follow Volkswagen’s current norm, but then again this isn’t an ordinary concept. These patent designs don’t actually paint an entirely accurate picture at all times, so in real life the vehicle might look a tad different. The styling is certainly not for everyone’s tastes, although chances are the main idea behind the concept is to illustrate the principle of form follows function.

As you would expect from a futuristic concept, the car has allegedly been envisioned with an entirely electric powertrain and autonomous driving capabilities. It remains to be seen when the concept will make its debut in the metal, but we might see it at a major auto show next year. That being said, not all designs of a concept registered with a patent bureau make it to a car show, so we will have to wait to find out whether this one will actually be introduced at a public event.

The latest concept to wear the VW badge is the I.D. shown at the Paris Motor Show this month to preview an electric hatchback scheduled to go on sale at the end of the decade.