Hulkenberg and Renault – why there’s nothing to lose 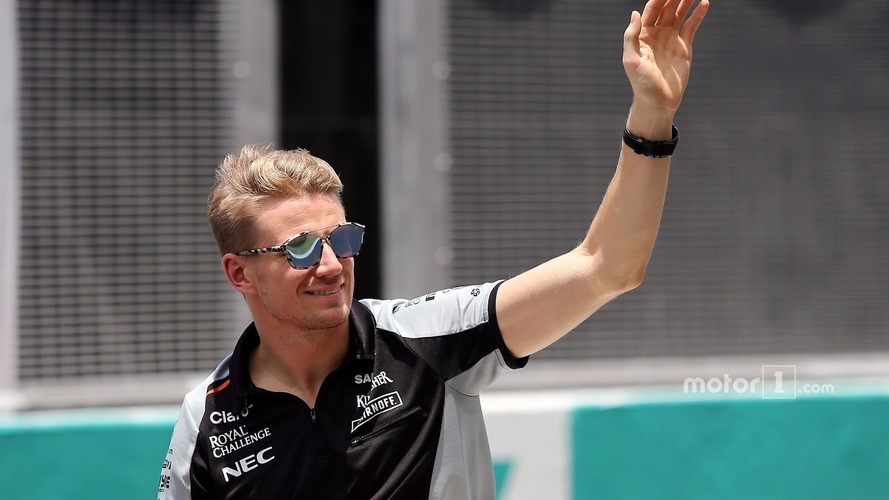 Formula 1 2017’s newest partnership has its roots in the past, so can a nearly man and the sport’s rank underachiever manufacturer team turn it around into a win-win relationship? Charles Bradley investigates.

Ah, Renault. One of the world’s top car manufacturers, and one that’s been steeped in F1’s DNA – well, off and on. These are the guys who had the balls to first race a turbo engine in an F1 car in the late 1970s (and a blown diffuser, come to think of it).

The team that came so close to an F1 title in the early ’80s, only to then fire Alain Prost, who had taken them there (and who would go on to win four world championships, his last being with their powerplant).

Its engines dominated F1 for much of the 1990s with Williams (and once with Benetton), and then repeated that level of success with Red Bull Racing, following titles with its own Enstone-based race team in the mid-naughties.

Ah, Team Enstone. Once F1’s top outfit, and certainly one of its most innovative. But perhaps with the greatest record among the current F1 squads for boom and bust in terms of its performance.

Double world titles, as Benetton, in the Michael Schumacher years in 1994-95 were repeated by Fernando Alonso – as a full Renault F1-branded squad – in 2005-06.  So follow that sequence, and Enstone – once again branded as the Renault factory team – should be champions again in 2016-17, non?

Far from it, of course. And, apart from Manor, as far away as you can get. Investment fluctuations and varying technical expertise are the clear reasons – and the knock-on effect of that is the difficulty in attracting (or sufficiently paying) A-list drivers.

So with the funding now getting back onto an even footing, if not matching anywhere near the giants of Mercedes, Ferrari and Red Bull, what’s the next step?

None of the A-list F1 aces were going to jump ship for Renault, and with no Stoffel Vandoorne-style option available – and the likelihood of a rookie in the second seat anyway – you have to take the best of the what I call the ‘B+ talent’ available. So take your pick from Valtteri Bottas, Romain Grosjean, Nico Hulkenberg or Sergio Perez…

Renault’s choice of Hulkenberg is a sound one, at face value. Team boss Frederic Vasseur has the luxury of having worked with all of the above (bar Perez) in his time in the junior formulas.

Driving for Vasseur’s ASM and ART teams, Hulkenberg has won the F3 Masters, plus the European F3 and GP2 Series titles. From there, Hulkenberg’s F1 career has shown flashes of brilliance (his 2010 Brazilian GP pole being the standout) but has yet to produce a podium finish.

Why is that? Since his rookie year at Williams, there have been four years at Force India and one at Sauber – sure, he’s never going to be a regular podium contender, but Perez managed it, with both teams, on multiple occasions. The only time Hulk has been near a podium over this period is when he won the Le Mans 24 Hours at his first attempt!

And yet… Hulkenberg is one of three people to win the main GP2 title in his rookie season, along with Nico Rosberg and Lewis Hamilton – with the caveat of having also taken part in a handful of GP2 Asia races.

It was here where I first truly appreciated Hulkenberg’s flair. Under the floodlights in Qatar, it was his third-ever GP2 start, and although he lost the lead from the off – to Perez of all people – and gave up another position in the opening stint, his speed on well-worn tyres was unreal.

Matching those who had stopped for fresh Bridgestones, which gave just as much a pace advantage as the Pirellis of today, when he did pit for new rubber all his rivals had no answers.

He won by 13s, a massive margin in such a competitive series, and although he claimed there was a problem with his radio, I had a great view of the ART pitwall and saw no panic, no arm waving – I’ve always suspected this was the brilliant execution of a pre-race plan.

Perez, meantime, was genuinely bewildered – not only to lose a race he thought he was dominating, but by over 10s!

Of course, that’s just one example, but I’m sure that lodged in Vasseur’s head just as it did in mine.

But, for me, I’ve seen countless good drivers who are just that: good. I’ve seen far fewer great ones who can produce those genuine moments of magic, the ones that drop your jaw and make you think ‘hey, this fella is the real deal’.

That's something Hulkenberg is capable of. Remember his very recent pass around the outside of Bottas at the chicane in the Japanese Grand Prix?

And if you’re ever going to ascend to that rarefied A-list of elite F1 performers, you need that kind of spark in your locker.

Question is, what about the rest of his game? Is that good enough? Can he perform consistently on a day-in, day-out basis to lift the team’s level?

And that’s what we should find out if Renault can build a car to the standard that it’s achieved – albeit sporadically – in the past.

Gallery: Hulkenberg and Renault – why there’s nothing to lose