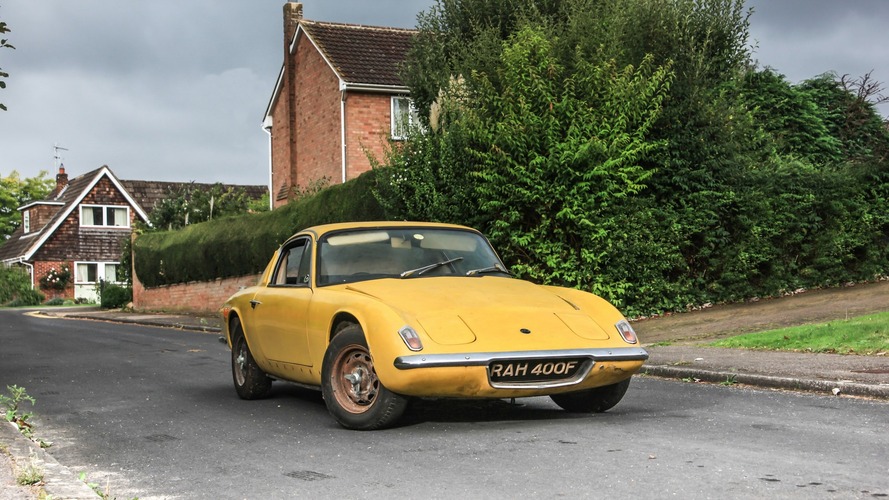 The car doesn't look great, but even so the history behind it makes it shine.

The only racing driver to have won the "Triple Crown of Motorsport" (F1, Le Mans, Indy 500) was the original owner of this now rusty 1968 Lotus Elan Plus 2. Graham Hill received it from none other than Colin Chapman during Team Lotus’ glory days, with seven F1 constructors’ titles and six drivers’ championships between 1962 and 1978.

Originally painted in silver as pictured below, the Elan comes bundled with the original log book showing that it was first registered back on June 18, 1968. By the time the current owner bought it in August 1976, the car had already been painted in yellow. It needs to undergo a thorough restoration process to bring back the luster and revert to the original silver paint still visible on some of the areas where the yellow coat has come off.

While the odometer is reading 87,614 miles (141,001 kilometers), it’s not actually accurate as the vendor says it’s broken and in reality the car has covered around 120,000 miles (193,121 km). According to the seller, the Elan Plus 2 has spent most of the last 37 years in the garage, and while it was in use, the owner drove it for his commute and during holidays abroad. It no longer has the original engine as it was replaced after the first unit malfunctioned. Rather than rebuilding the defective engine, the owner decided it would be best to just replace it with a new one to save time and avoid the hassle.

Specialist classic and sports car auctioneer Historics from U.K. will have the classic Lotus on sale without reserve during the auction scheduled for November 26.

As a side note, Team Lotus driver Ronnie Peterson also received a Lotus Elan from Colin Chapman, a 1972 Plus 2S version. The car was auctioned by the same Historics earlier this year for £72,800, thus significantly surpassing the highest estimate of £35,000 made by the auction house.