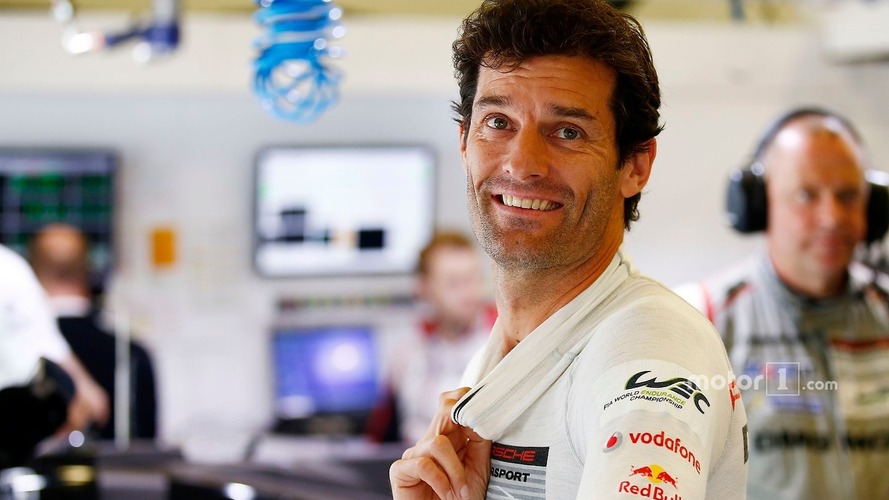 From humble beginnings back home to becoming a World Champion, Mark Webber’s racing adventure has had its ups and downs – quite literally. Charles Bradley was there for many of them…

The timing of Mark Webber’s announcement that he’s to retire from racing at the end of this season caught many by surprise. It was certainly on the cards as sooner rather than later – although my money was on next year.

Just a few weeks ago in Mexico City he said how good he was feeling about life right now, as I jokingly welcomed him to the 40s-club and we chatted about his recent marriage to long-time partner Ann. “We just thought, f**k it, it’s about time!” he smiled. It seems like that big decision might also have included his racing retirement, too.

The only surprise to me is that he’s decided to reveal it now, as his delight in taking victory with a brilliantly-executed race in Austin – the #1 Porsche crew’s third on the trot – shone through when Motorsport.com interviewed him straight after the podium celebrations. Just watch how he’s buzzing…

With three races still remaining of his racing career, Webber has seven WEC victories to go along with his nine Formula 1 Grand Prix wins. Success in the Le Mans 24 Hours might have eluded him, but given his relationship with the place after his 1999 Mercedes backflips, I reckon he’s locked away those demons – and his runner-up spot in 2015 can be classified as a near-miss on victory.

In terms of his F1 career – there seemed to be two distinct camps of opinion on Webber. One, that he was the fiercest of warriors behind the wheel – right up there with the Alonsos and Hamiltons of his generation. Two, that he was a choker, a nearly man who never quite fulfilled his potential.

I think that his first Grand Prix victory, in the German Grand Prix at the Nurburgring, truly summed the guy up. After making a poor start from his first-ever pole, and compounding the problem by hitting Rubens Barrichello which resulted in a drive-through penalty, he stormed back to score a sensational win. Just like he dragged a Minardi into the points in Melbourne, or hung it all out in recalcitrant Jaguars or underdog Williamses (he led races in both of those, don’t forget).

I don’t think his speed was ever in doubt. But it always seemed like Mark did his best work when he felt like something was conspiring against him. He could certainly cope with adversity really well, with that pre-podium green room in Malaysia – “Multi-21, Seb, Multi-21” – sticking in your mind, when his overriding feeling must have been to swing for Vettel!

But dignity has always been high on his list of priorities, and although I got the feeling he’d always taken gratification in making life as uncomfortable as possible for his teammates, I think he was always someone who played a fair game. And I think that showed in the respect he got back from his peers – I’m not sure Fernando would have allowed many drivers even a chink of an opportunity to drive around him at Eau Rouge!

Webber’s return to sportscars meant he had to switch off that self-centred streak that F1 demands, and the way he developed such a close bond with teammates Brendon Hartley and Timo Bernhard was certainly the key to them claiming the world championship last year.

Even through the mistakes and dreadful fortune they endured this year before their winning streak unfolded, Webber was nothing less than 100 percent supportive of his teammates. He’ll freely admit he won’t be winning this year’s title, as they lost too much ground in the first three races, but he seems OK with that.

I reckon I was one of the first ‘foreign’ journalists to speak to Webber, when he first came over from Australia and contested the 1995 Formula Ford Festival at Brands Hatch with the works Van Diemen team – and I discovered this lanky teenager with a friendly demeanour who appeared a lot older than his age suggested!

The competition was white-hot that year between Van Diemen and Swift, with Vector and Manor also in the mix. As the works Swifts crashed into each other, ensuring victory for Van Diemen’s Kevin McGarrity, his teammate Webber finished fourth and effectively earned a drive with the team for 1996 having impressed team boss Ralph Firman.

Webber was beaten by his teammate Kristian Kolby that year, and a couple of years ago I asked Kolby why Webber had gone on to a great career while his own stalled out in Formula 3000? “Mark stopped making mistakes, and I didn’t,” was his refreshingly honest answer.

Both Mark’s and my careers graduated into British Formula 3 in 1997, where he’d put in some stellar performances with Alan Docking’s team – including a win on the Brands Hatch GP circuit – that caught the attention of Mercedes. That dug him out of a financial hole that Australian rugby legend David Campese had been frantically filling, and I recall a decent night out with them both in the Silverstone campsite following that day’s British GP support race (Campese was much better at drinking than us both, I can assure you).

The next time our paths crossed was Le Mans in 1999. I spoke to Mark after the first crazy Mercedes backflip, and it almost seemed unreal that the team didn’t seem to believe him that the car had taken off of its own volition, and that it wasn’t some kind of driver error. After the second flip on raceday warm-up, I remember rushing straight to his father, Al, just to hear for myself that he was OK.

While he went off and did his F1 thing, where he became a big global star, we’d only catch up maybe once a year at a Grand Prix or at the Autosport Awards. Webber’s WEC adventure – which bookended his career – allowed some more quality time, watching him operate from close quarters again.

I’ll echo Dario Franchitti’s thoughts here when he says, “From the first day I met him until now, he hasn’t changed.” I must have asked Webber hundreds of questions down the years, and he has never once been an arse about any of them, and answered them all.

What did change for Webber last year was becoming a champion at last – and a world champion no less. After years of frustration, right from his earliest days through to the peak of F1, a title had always eluded him until last year's richly-deserved WEC success.

Maybe that was the last box he’d wanted to tick off, and can now move on with a fulltime media career in TV with Channel 4 – with his great buddy and former teammate David Coulthard – and Porsche ambassador status, which sounds like heaps of fun.

And as a person, he’ll always remain a top bloke.