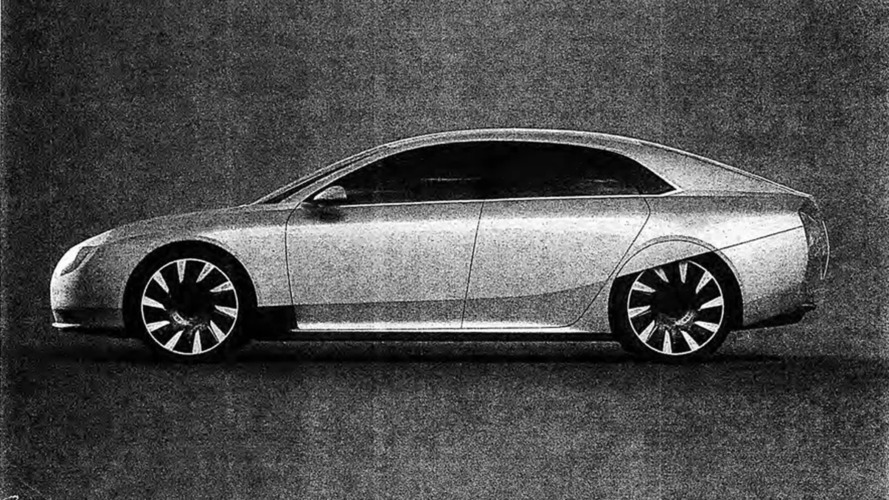 Silicon Valley-based startup Atieva is hoping to dethrone the Tesla Model S with an electric sedan of its own.

The phrase “Tesla rival” gets thrown around a lot in the industry, but it’s not hard to compare the Model S with its latest potential competitor, the Atieva Atvus. Seen here in a single leaked image, the Silicon Valley startup — which began life as a battery supplier to Chinese buses — hopes that its own EV will be able to compete in the growing market.

Documents filed with the state of California last year gave us our first clue as to the potential Tesla rival. Now, the Atvus is looking much more official in the leaked image that previews a sleek, four-door layout similar to the Model S. Some of the more definitive design cues include a partial wheel skirt on the rear tires, and a more hatchback styled boot. Both of which seemingly have transferred over from the initial design sketch to the final, patented design.

Outside of a unique exterior design, the Atvus is expected to have range and acceleration figures similar to the Model S; an estimated 0-62 mph (100 kmh) time of under three seconds will pair with a new 300-mile range. Not to mention the possibility of self-driving capabilities, as stated by a former exec.

The Atvus will come with “some elements of autonomous drive baked in,” said the executive who has since left the company. Providing further details on the autonomous possibility was the firm's co-founder, Sam Weng, who said that the Atvus will have a goal of “erasing [the] constraints of modern transportation,” suggesting a driving system similar to Tesla.

For now, production of the Atvus will take place at the Dayang Motorcycle plant in Luoyang, China, with battery production and engineering taking place back at home in Atieva’s two Silicon Valley facilities. No word on when the Atvus is expected to make its official debut.