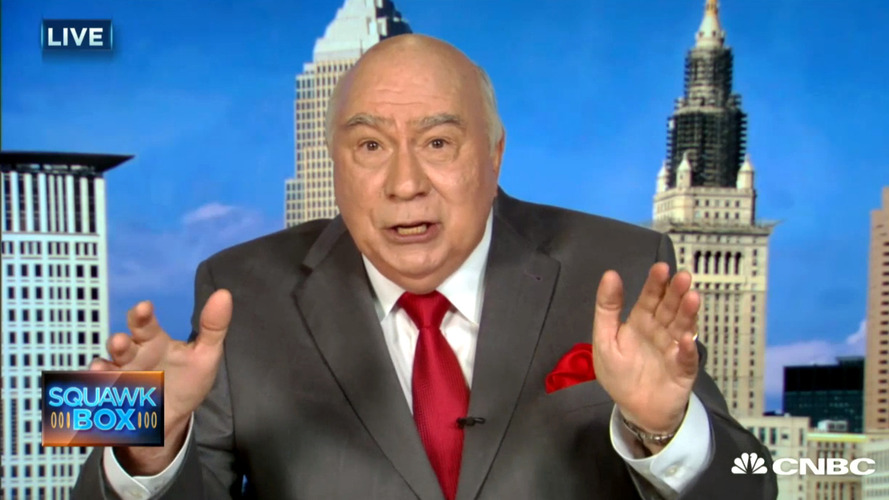 The pro-coal CEO is also not a big fan of Hillary Clinton.

Robert Murray is the CEO of coal-mining firm Murray Energy Corp, and we’re pretty sure a Tesla Model S or Model X aren’t in his garage. When a journalist on CNBC recently asked Murray if he held any stock in the electric vehicle maker, the CEO took the chance to excoriate the automaker for accepting subsidies. “Tesla is a fraud,” Murray said. (Video viewable here)

Murray claimed that Tesla accepted $2 billion in government incentives and hasn’t posted a profit. The CEO then transitions this argument into alleging Hillary Clinton would continue subsiding the company and others. Murray finishes his point by seeming to deny climate change when he asserts that shutting down every coal-fired powerplant in the United States wouldn’t change the Earth’s temperature at all.

In his hours spent working out how to spend people to Mars and developing an affordable electric car, Musk tweeted the link to Murray’s statement and made his own counterargument. “Real fraud going on is denial of climate science. As for ‘subsidies,’ Tesla gets pennies on dollar vs coal. How about we both go to zero," Musk wrote.

After Musk’s tweet, someone asked the Tesla boss about some people there being slow to adopt EVs because the energy for them comes from coal-fired plants.

We should know more about Musk’s plans for solar power very soon because he says an announcement regarding Tesla and SolarCity comes on October 28. Musk is chairman of the company and looks likely to fold it into his automaker in a $2.8 billion deal. The CEO's dream is to offer energy independence from one company. Conceivably, someone with SolarCity panels, a PowerWall, and electric vehicle wouldn’t need to be part of the power grid.

If Musk’s utopian dream doesn’t excite you, there’s still more to look forward to. On October 17, Tesla will make a product announcement that most people won’t expect, according to the boss.

Gallery: Coal CEO lashes out at Tesla and Elon Musk