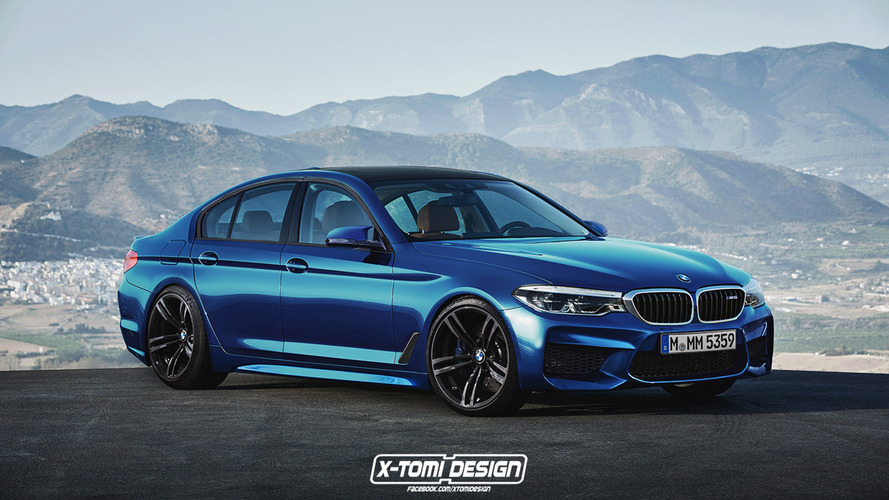 Fresh off its debut, rendering artists have gone to work on predicting M5 and Touring variations of the new BMW 5 Series.

It's only been a few days since the arrival of the 2017 BMW 5 Series, but already rendering artists have gone to work on imagining a few possible variations for BMW's luxury sedan. Both a go-fast M5 and a Touring model have been rendered in hopes of predicting a final outcome for the new 5 Series.

Created by artist X-Tomi Design, the 2018 BMW M5 rendering predicts a hardcore version of the standard 5 Series sedan. An aggressive front fascia pairs with iconic M-style wheels, side skirts, a rear diffuser, and a subtle, but effective rear wing. Of course, it wears the iconic blue paint job that we’ve come to know and love on previous M models.

Trickle down from the overly-aggressive nature of the M5, and a possible 5 Series Touring (aka wagon) is rendered courtesy of artist Theophilus Chin. This one wears a more subtle fascia and trim. The wheels are borrowed from the M Sport lineup, as are the brakes given that this model was rendered in an M Sport trim specifically.

On the back, the more spacious boot makes itself known. BMW’s “wraparound” taillight design found on the 5 Series sedan remains, but pairs with it a more subtle diffuser and quad exhaust tips... because performance.

Overall, both renderings paint a pretty realistic picture of what to expect in upcoming 5 Series variations. Though we won’t know how much performance we’ll actually get out of the M5, we should expect no less than 600 horsepower (447 kilowatts). As for the Touring model, don’t be surprised to see similar engine variants to the ones found on the sedan — a 335-horsepower (249-kilowatt) 3.0-liter turbocharged inline-six topping the range.