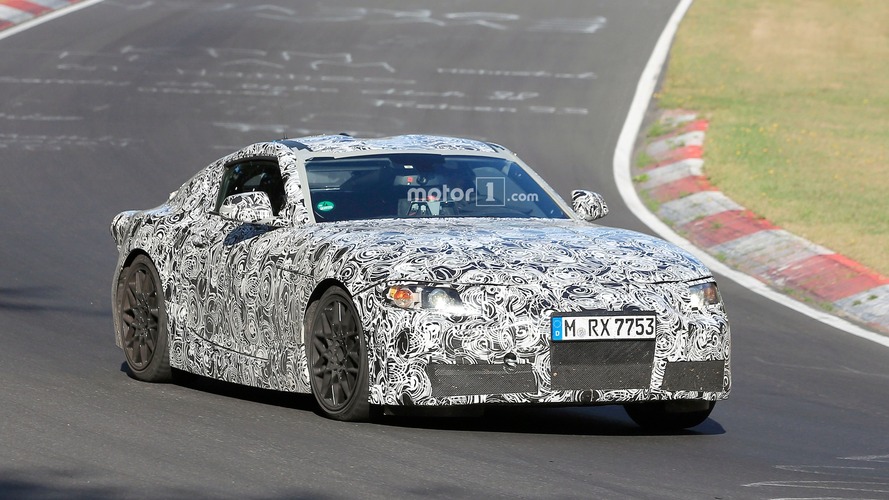 Using a hybrid lets Toyota show off its green tech and demonstrate to a different audience that electric motors don't just have to be for improving fuel economy.

Evidence is mounting about Toyota’s new sports coupe, possibly called the Supra, using a hybrid powerplant. The latest piece of evidence has Toyota Europe president and CEO Johan van Zyl all but confirming to Auto Express that a performance car with electrical assistance is on the way.

“We already have some sporting models with hybrid powertrains on the Lexus side. But on the Toyota side, I think we will find that if we can have a World Endurance Championship racing car with hybrid technology, it can happen on a road car,” van Zyl told Auto Express. “I do not have any doubt whatsoever that in the longer-term future there will be a real Toyota sports model using electrification.”

For reference, Toyota’s latest TS050 endurance racer combines a 2.4-liter V6 and an electric motor both axles. The result is a total output of 987 horsepower (736 kilowatts). Don’t expect something this potent in the Supra, though.

Previously, there were unsubstantiated rumors about the revived Supra using a hybrid powertrain, but now stories have corroborated the theory. For example, the sports coupe has the distinctive whine of an electric motor in a video from the development at the Nürburgring.

An exec at Toyota Motorsport GmbH, which does engineering on the company’s endurance racers, rally cars, and some production vehicles, also confirms the division has a turbocharged hybrid powerplant under development. Unfortunately, he refuses to confirm any details about it, so we can’t be entirely certain the setup is for the Supra.

It’s possible the hybrid might not be the sole powertrain. At least one report suggests the version with electrical assistance would be the range-topping model. The entry-level coupe might be a BMW-sourced turbocharged inline six.

Spy shots show the new sports coupe takes its biggest design cues from the FT-1 Concept. However, there are also styling cues from the last-gen Supra and small hints of the 86, too. Even through the heavy camouflage, the vehicle appears to be a knockout.

Toyota’s coupe shares a platform with the BMW Z4’s successor. Both of them are testing at the Nürburgring. Magna Steyr is reportedly handling production of the pair at its plant in Austria. Assembly allegedly begins in 2018, so the final versions could debut late next year.