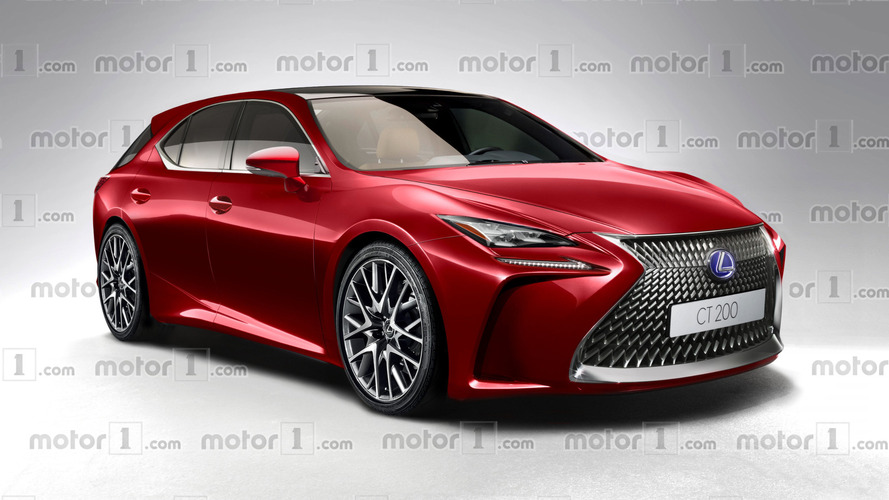 Designers of the company are expected to give the second generation of the model a more dynamic design, inspired by Lexus latest models.

We won’t call the Lexus CT 200h a bestseller, but the model was definitely an interesting proposal on the market as it was the first hybrid premium hatchback. Despite its relatively low sales of 14,657 units in 2015, the Japanese manufacturer is preparing a second generation, expected to arrive sometime next year.

Despite the report from earlier this year that the CT 200h could be axed and replaced by a crossover, Lexus will most likely give the hybrid model a second chance. This new vehicle will have much more dynamic appearance to fix the current car’s boring design, and this new exclusive render from our colleagues at OmniAuto reveals a possible look.

Slightly longer and wider, the hybrid vehicle will most likely feature a more aggressive front end, dominated by a prominent radiator grille flanked by sharp headlights. A separated section of LED daytime running lights and massive air intakes complete the sporty look of the face. The redesigned model will also bring a more muscular side profile with bigger wheel arches, hiding massive wheels.

Bigger car means more interior room and this will be one of the main goals of the Japanese engineers. The current CT 200h has been highly criticized for its rear legroom and the small trunk, and the new model should fix this with more generous interior space.

According to preliminary details, the new CT 200h will retain its hybrid nature and will combine the work of a four-cylinder, 1.8-liter VVT-i gasoline engine with improved thermal efficiency, and an electric motor with low mechanical losses. This is the same setup used by the 2016 Toyota Prius, where it provides a combined fuel consumption of 52 miles per gallon (4.5 liter per 100 kilometers). The two vehicles will also share the same architecture, namely the Toyota New Global Architecture (TNGA).