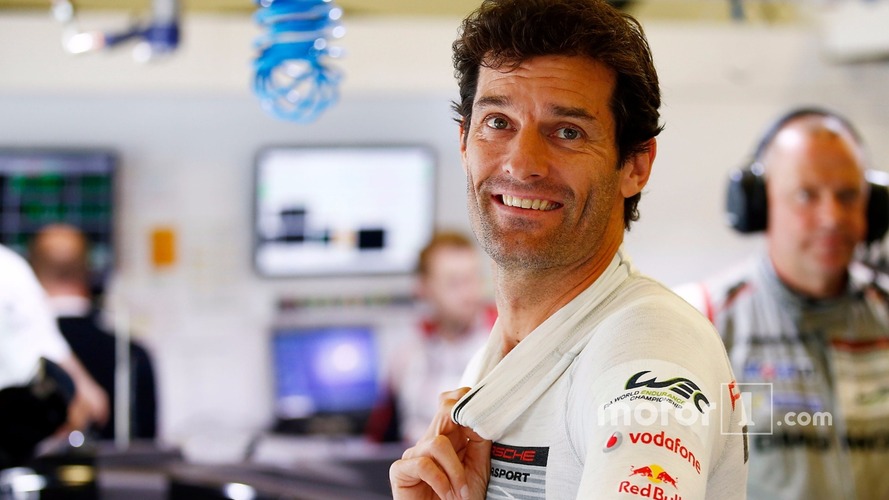 Mark Webber has elaborated on the reasons for announcing his retirement at the end of the season, admitting he felt he could no longer give his Porsche WEC team the required level of commitment.

The Australian announced on Thursday evening that his current campaign with the German marque will be the last of a glittering racing career spanning more than 20 years.

Speaking for the first time about the news, Webber admitted that, at 40 years of age, he is no longer prepared to commit to the considerable testing and other off-track activities that are required for sustained success in LMP1.

He also said the fact he has to share a cockpit with teammates Brendon Hartley and Timo Bernhard, alongside whom he was crowned WEC champion last year, made his decision more straightforward.

"Life rolls on pretty quick, and it’s hard to do this job half-pregnant," Webber said.

"You have to really involve yourself, and also all the testing and all the stuff that comes along with the real driving, the racing, it’s not always the parameters you’re after."

"You can’t have the passion and the motivation to go to Aragon at three in the morning. These type of things add up, and I want to be fair to Porsche and everyone involved."

Retirement first crossed mind in May

Webber admitted that he had been contemplating his retirement as early as May, around the time of the second WEC race of the season at Spa.

Asked when it first crossed his mind to retire, the Australian said: "Around Spa-time, it was on my mind that this would be my last year racing.

"It takes a while to come to that decision obviously, but I’ve been very fortunate to have the career I had, and I’ll still be working with the best in the business until [the last race at] Bahrain, with Porsche."

"And it was good for me to get it out there at this point. It’s not specific to Japan, or to October the 13th, it was just a window we had."

"It was going to be within this two-month period, I was in heavy dialogue with Porsche, and it worked out perfectly."

Watch our video preview for the 6 Hours of Fuji: