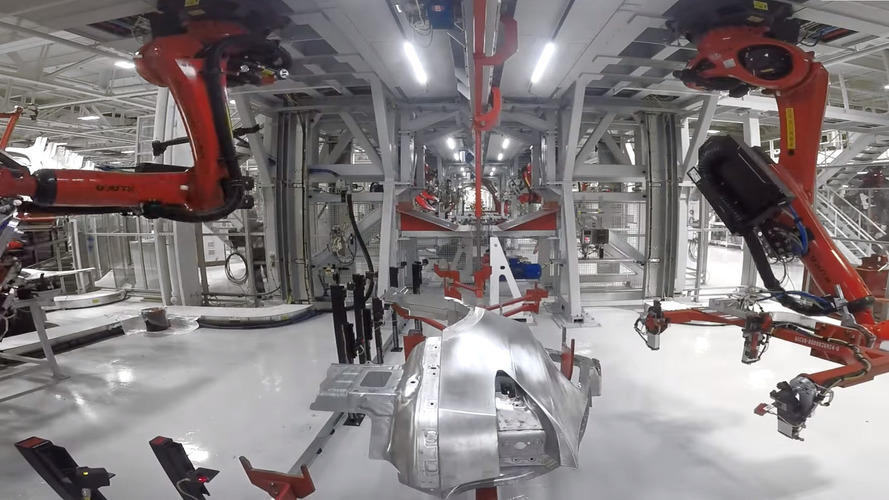 Peter Hochholdinger shares Elon Musk's “machine that makes the machine” strategy, but will also bring some of his ideas from Audi.

Meet Peter Hochholdinger, the new vice president of vehicle production at Tesla, responsible for the Model S and Model X production lines and logistics. But what’s more important, he will have the difficult task of leading the production program for the company’s most affordable vehicle to date, the Model 3.

After two decades at Audi, Hochholdinger joined the Californian manufacturer back in May this year, and recently gave his first interview, published in the October’s issue of Manufacturing Leadership Journal. He explains that he discovered Tesla production is “about seven years beyond everything I’ve seen before,” when he arrived at the company.

“The cars we build are about seven years beyond everything I’ve seen before, and it’s quite thrilling and exciting to be here and to be part of this car manufacturing group,” Hochholdinger told Manufacturing Leadership Journal. “It’s the only company in the world that builds 100 percent electric vehicles; everybody else is continuing with the normal business of building [internal combustion] cars, and I think that will not work.”

Hochholdinger also gave a definition of the “machine that makes the machine” expression used by Elon Musk in the past. “It’s about density and speed and putting more automation into, for example, general assembly. General assembly in a car manufacturer today is quite labor-driven, of course. That’s more or less because of the product design.”

While he praised Tesla for taking this approach, he added that he will bring some of his ideas from his two-decade-long career at Audi, such as improving the collaboration between manufacturing, supply chain, and logistics.