2016 Kia Optima recalled for driveshaft that can crack and fail 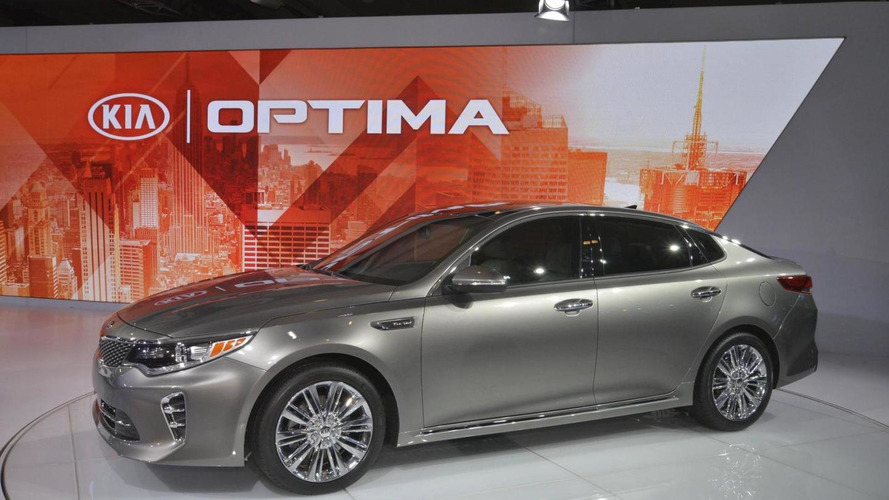 There have been six warranty claims about this problem but no reported injuries.

Kia will recall 12,214 examples of the 2016 Optima with the 2.4-liter four-cylinder in the United States because the right-side front driveshaft can break. The problem specifically covers the sedans with production dates from November 13, 2015, to April 23, 2016.

The driveshaft on the vehicle’s right side can develop a crack on the end closer to the wheel. This can eventually cause it to fail. If this occurs, the problem would prevent the sedan from moving, and the model might rollway, if the driver doesn’t engage the parking brake.

Kia received the first report of this problem on May 26, 2016, when a dealer submitted a cracked axle from a 2016 Optima to the company. A second report of the component breaking arrived on June 2. An analysis of warranty claims eventually found six cases of this issue. There are no reports of accidents or injuries, but the company still feels this fault warrants a recall.

Dealers will replace the right-side front axle with a new part that will have improved welding. The recall will begin on November 29.

Kia unveiled the 2016 Optima at the 2015 New York Auto Show. Customers could choose among three engines: the 2.4-liter four cylinder from this recall, a turbocharged 1.6-liter four-cylinder, and a turbo 2.0-liter four-cylinder. The Insurance Institute for Highway Safety gave the sedan a Top Safety Pick+ rating and scored the vehicle's collision prevention system with the top Superior score.

For drivers who want to go green and get better fuel economy, Kia also offers hybrid and plug-in hybrid versions of the Optima. The pair feature a similar design as the versions with internal combustion engines, but these two have tweaks for the front and rear bumpers and shutters in the grille. Inside, there are extra instruments for monitoring what the motors and batteries are doing.

CONSEQUENCE:
If the driveshaft cracks and separates from the vehicle, it will not be able to move forward. Additionally, if the parking brake is not applied upon exiting the vehicle, the vehicle may roll. Either scenario can increase the risk of a crash.

REMEDY:
Kia will notify owners, and dealers will replace the front axle driveshaft, free of charge. The recall is expected to begin November 29, 2016. Owners may contact Kia customer service at 1-800-333-4542. Kia's number for this recall is SC139.