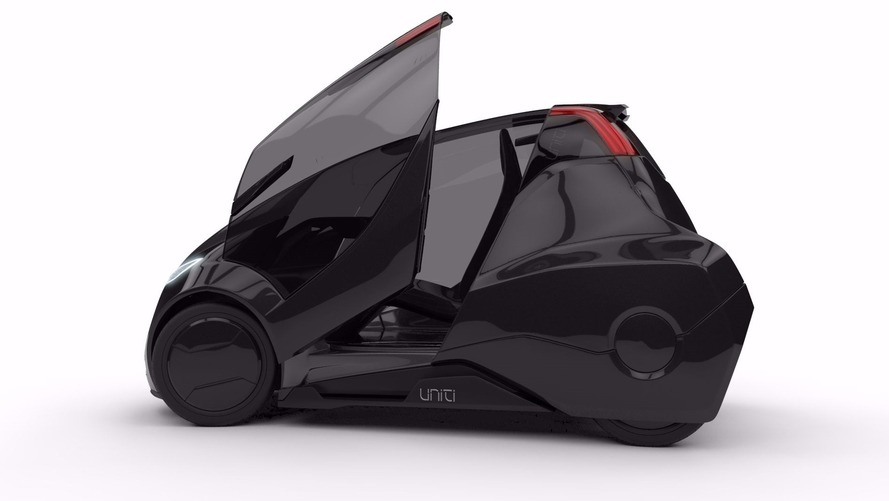 The Swedish firm already has 140 pre-orders for its tiny city car.

“We are leading the most deliberate reinvention of the automobile in modern times.” That’s the extremely bold claim of Swedish EV startup Uniti. The company is working towards putting its electric three-wheeler into production, a car it claims will “reinvent city mobility”.

Like many such companies, Uniti has turned to crowdfunding to raise the money it needs to build a working prototype. A goal of €500,000 ($551,250) was originally set, but the FundedByMe campaign has blown through that target. At the time of writing, 345 investors had pledged €723,310 ($797,449). Under Swedish law, those investors are now shareholders, as well. 37 days of the campaign remain.

You can watch the pitch film below.

Uniti describes its three-wheeler as “a vehicle with the correct format for urban transportation”. It has been stripped of everything the designers deemed unnecessary for single- or two-person urban transport, but remains comfortable and safe, and has “sufficient luggage compartments and sporty but reasonable performance”, the company claims.

It’s thoroughly high-tech, too. Uniti says it is developing a full-screen, augmented reality head-up display, while most functions will be controlled by gesture. A steer-by-wire system does away with traditional, bulky mechanical steering, and the car has autonomous driving capability, as well.

Uniti is aiming the car at tech-savvy, high-income urban millennials - who appreciate styling rooted in 1990s futurism. The company sees its rivals as Renault’s Twizy and Zoe, the Nissan Leaf, and the BMW i3. It claims to have taken 140 pre-orders already.

The company plans to progress quickly when the funding campaign closes. It hopes to have a development mule running in the first three months of 2017, before moving onto pre-production prototypes by the end of the year. Deliveries are slated to begin around the end of 2019, or the start of 2020.

So many of these crowdfunded automotive startups turn out to be vaporware that it would be easy to dismiss Uniti as such. But there is enough of an air of credibility around it, with lots of extremely clever people involved, that it could well go the distance.

We'll be watching with interest.