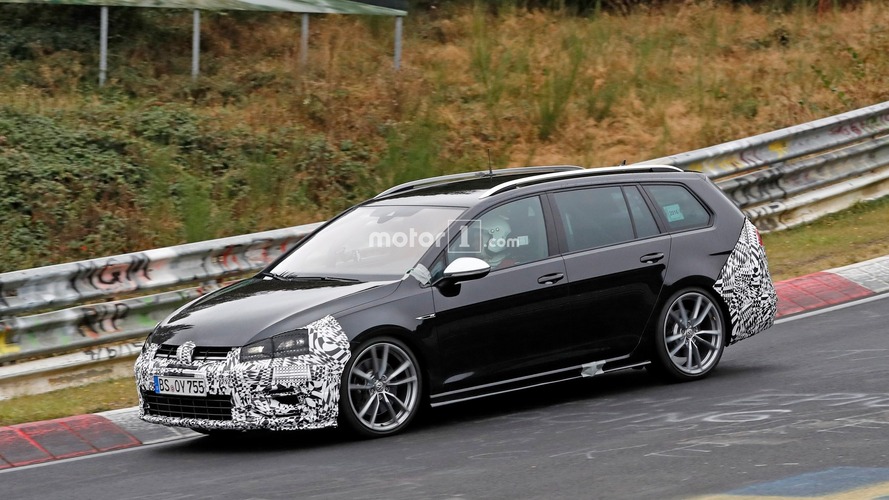 The most important model of the VW core brand is about to receive some subtle cosmetic tweaks, tech upgrades, and revised powertrains.

VW announced at the beginning of the month during the Paris Motor Show plans to introduce an updated e-Golf in November with a 300-km range thanks to an upgraded battery. We just assumed the peeps from Wolfsburg would also want to reveal the other Golf members together with the revised all-electric model. It turns out it was a valid assumption to make since VW is now telling us the mid-cycle refresh for the whole family will be presented at the beginning of next month.

The facelift is being referred to as a “major update” for the Golf, but without actually revealing any details about the novelties. Instead, VW brags about the massive popularity of its compact car, with one car sold every 40 seconds for the past 42 years. It’s the most successful European car ever, with a whopping 32,590,025 units delivered by the end of last year.

Another tidbit would have to be the one about most expensive Golf ever, a fifth-gen model auctioned for €188,938 back in 2005. The first owner? None other than Pope Benedict XVI.

No less than 2,120 Golfs are being assembled each day at the company’s five factories (Brazil, China, Germany, Mexico) from where the cars are being exported to 155 countries. VW brags about how the Golf is “the only car in the world which is available with electric, hybrid, petrol, diesel and gas powered engine options.”

Getting back to the Golf VII facelift, we have already pretty much seen it courtesy of some unofficial renders based on an unreleased firmware for the Golf’s Discover Pro infotainment system. In typical VAG fashion, the exterior styling revisions will be subtle at best, while the changes inside will also be minor. Full LED headlights, a larger top-spec touchscreen with gesture control, and an entirely digital instrument cluster as optional equipment - are all on the agenda.

In terms of power, the Golf R is expected to receive an upgraded 2.0 TSI with a little more oomph than the current 300-hp output and it might also lose the six-speed DSG in favor of a seven-speed 'box. At some point in 2017, the 1.4 TSI and 1.6 TDI units will be dropped to make room for more efficient 1.5-liter gasoline and diesel engines. The plug-in hybrid derivative is only available as a hatchback right now, but some say the more practical wagon body style will also receive the GTE treatment.

VW mentions the Golf VII facelift will be out “in early November,” so the wait is almost over.

World premiere in November: The countdown has begun for an extensive Golf update

The countdown has begun: in early November, Volkswagen will be introducing a major update for its most successful model – the Golf. This bestseller has been around for more than four decades. An entire generation has been named after it as Generation X is known as "Generation Golf" in Germany. No other European car has sold better. By the end of last year, 32,590,025 Golf cars had been sold. In effect, therefore, over the last 42 years someone, somewhere in the world decides to buy a new Golf every 40 seconds. Record-breaking statistics like these have shaped the car's history. And Volkswagen democratises progress to this very day with the Golf.