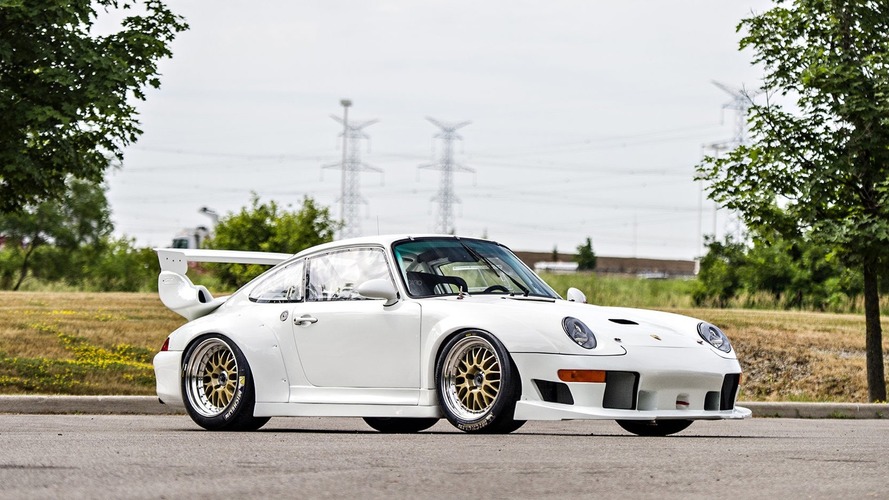 Created primarily for homologation purposes for the FIA GT1 racing series, the 911 GT2 Evo is a purist’s delight and can be best described as a race car that you can legally drive on public roads. Its heart and soul is a formidable air-cooled biturbo flat-six 3.6-liter engine pushing out a massive 600 horsepower (447 kilowatts) and 490 pound-feet (664 Newton-meters) of torque delivered to the rear wheels through a six-speed manual transmission.

But there’s more to the 190-mph 911 GT2 Evo than its impressive specs. Since it’s a hardcore version of the already bonkers 911 GT2, it looks even more appealing thanks to its super-wide fenders and the massive rear spoiler, while up front there’s a prominent spoiler with inlets for brake and oil cooling. To cut weight, Porsche’s engineers basically stripped out the interior where the only things you’ll find are the body-hugging driver’s seat, a beefy roll cage, and a steering wheel.

Perhaps the best thing about this particular car is that it’s all original after twenty years. In addition, we’re dealing with a one-owner car that has only covered approximately 7,000 kilometers (4,349 miles).

For those with the means to buy this beastly air-cooled machine, Mecum Auctions will have it for sale at the beginning of next month during the auction in Dallas. As you would imagine, such a rare 911 from the 993 generation doesn’t come cheap. The auction house estimates it will fetch anywhere between $1.25M to $1.75M. That sounds like a lot of money for sure, but in a world in which someone is asking $1M for a Tesla Roadster prototype, everything is possible. As a matter of fact, we won’t be too surprised if the 911 GT2 Evo will go under the hammer for even more than the maximum estimate. We’ll know for sure in roughly three weeks from now since the Dallas sale is programmed for November 2-5.