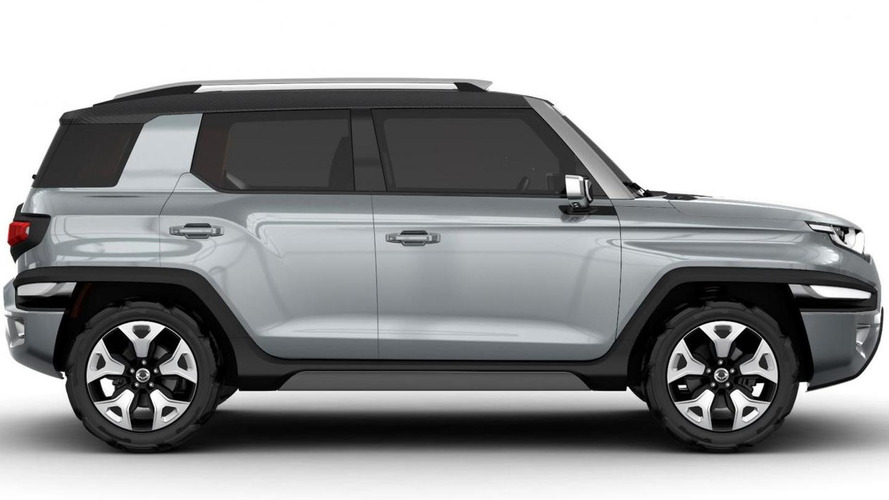 Ssangyong has announced the fourth generation of its compact crossover will spawn a fully electric derivative.

The current Korando CUV has been around since late 2010, but it won’t be until 2019 when an all-new model will hit the streets. Once it will arrive, the high-riding vehicle from Ssangyong will also be available in a pure electric version with a maximum range in the New European Driving Cycle of 186 miles (300 km). As most of you know by now, NEDC is not exactly very accurate taking into account the range figures are in almost all cases too optimistic when compared to the actual range in real world driving conditions.

Details about the zero-emissions Korando are scarce right now, but Ssangyong has announced it will use EV tech developed by parent company Mahindra & Mahindra. The automaker goes on to specify the electric model will be sold alongside conventionally-powered versions of the compact crossover.

As far as the design is concerned, the appearance of the fourth generation has already been previewed via the XAV-Adventure concept exhibited a little over a year ago at the Frankfurt Motor Show.

Before the arrival of the all-new Korando, the South Korean automaker will launch the next-gen Rexton in 2018, but without an electric derivative. Instead, the midsize SUV will make use of a newly developed turbocharged 2.0-liter gasoline engine.

The recently introduced LIV-2 concept shown in Paris is a sign of things to come in terms of design, and let’s not forget Mahindra & Mahindra now owns Pininfarina, so there are reasons enough to believe Ssangyong’s design will get better with time.

As a refresher, reports coming from U.K. are indicating the smaller Tivoli crossover might spawn a convertible version to serve as the third member of the lineup, after the regular model and the new XLV featuring a larger trunk. It remains to be seen whether this niche model will actually happen seeing as how there might not be a market big enough to justify its existence.