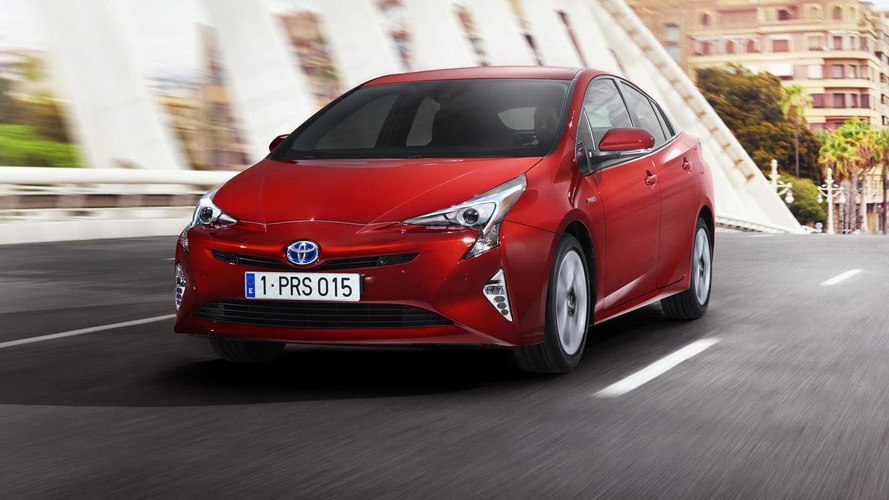 The models can roll away, and there are reports of accidents at least in some markets.

UPDATE: In a statement to Motor1, Toyota has updated the status of the investigation into this recall. "Based on a diligent but not exhaustive review of available data, we are not aware of any reports of crashes, injuries or fatalities related to this condition as of October 3, 2016," the company's statement said in part. The full text is in the Press Releases section below.

Toyota is recalling the 2016 and 2017 Prius worldwide for a problem with the parking brake. The issue affects 340,000 of the hybrid models across the globe. Of those, 92,000 of them are in the United States. The Prius Prime is not part of this campaign.

It’s possible that the parking brake can stop working, and if this happens then the vehicle could roll away, especially if the owner forgets to put the transmission into park. Toyota will inform owners of the recall by mail in November. Dealers will install clips on top of the brake cable dust boots that will prevent the cable from not functioning correctly.

According to Reuters, this campaign includes 212,000 vehicles in Japan, and the company allegedly has reports of crashes, injuries, and deaths. We don't yet know whether any of those incidents are in the U.S. "Alleged crashes, injuries and fatalities are reported in many ways to many different organizations. Therefore, we would like to refrain from providing specifics at this time," Victor Vanov of Toyota Motor North America Corporate Communications told Motor1 via email.

This isn’t the first recall for the latest Prius – at least not in the U.S. In September, the company recalled 7,600 of them from the 2016 model year for an airbag issue. The compressed gas in the passenger side inflator could leak out because of an improper weld, and the bag might not inflate fully in a crash. As a fix, dealers will replace the affected airbag assemblies.

Other than these recalls, the Prius appears to be quite safe. The Insurance Institute for Highway Safety gave the new model a Top Safety Pick+ award after it aced all the agency’s crash tests. Euro NCAP also gave it a five-star rating, the highest possible score.

The 2017 Prius starts at $25,550 in the U.S. The standard model uses a 1.8-liter four-cylinder and electric motor that achieve a total output of 121 horsepower (90 kilowatts). The plug-in hybrid Prius Prime offers tweaked styling, 25 miles of electric driving range, and a price of $27,920 before government incentives. Later, customers in the U.S might even get solar panels in the roof for charging on the go but right now safety regulations don’t allow them. 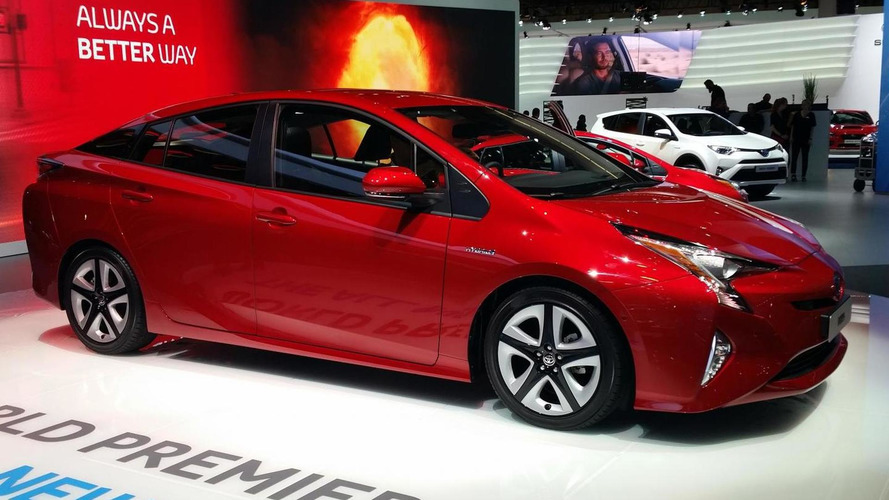 Please note Toyota’s updated response to alleged crashes, injuries and fatalities in regard to today’s Prius parking brake recall announcement (October 12, 2016). Based on a diligent but not exhaustive review of available data, we are not aware of any reports of crashes, injuries or fatalities related to this condition as of October 3, 2016. Despite this fact, this is an important safety recall and are urging customers to have this repair completed when parts become available. All known owners of the involved vehicles will be notified by first class mail starting in November.

On the involved vehicles, there is a possibility that the parking brake could become inoperative. If this occurs and the driver exits the vehicle with the transmission in a gear other than ‘Park’ while the ignition is on, the vehicle could roll away, increasing the risk of a crash.

Toyota dealers will add clips on the top of the brake cable dust boots to prevent the cable from becoming inoperative at no cost to customers. All known owners of the involved vehicles will be notified by first class mail starting in November.

Information about automotive recalls, including but not limited to the list of involved vehicles, is subject to change over time. For the most up-to-date Safety Recall information on Lexus, Toyota and Scion customers should check their vehicle’s status by visiting http://www.toyota.com/recall and entering the Vehicle Identification Number (VIN). Safety Recall inquiry by individual VIN is also available at the NHTSA site: safercar.gov/vin. For any additional questions, customer support is also available by calling Toyota Customer Service at 1-800-331-4331 or Lexus Customer Service at 1-800-255-3987.