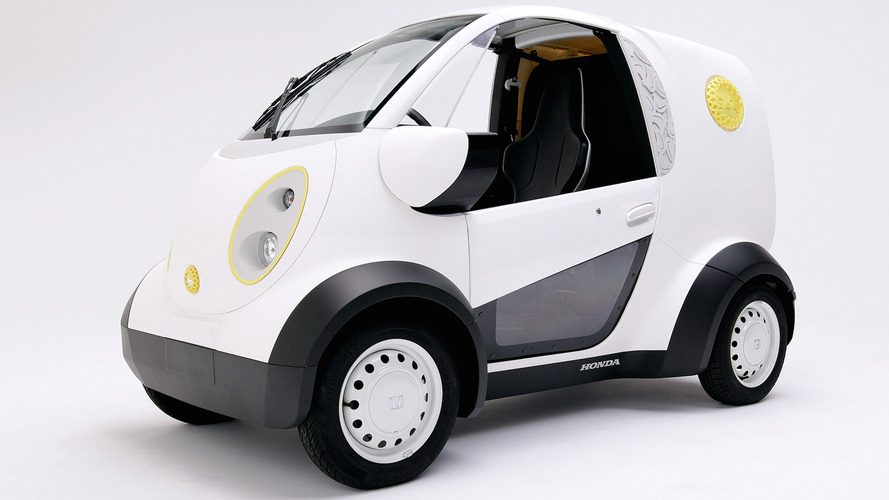 Honda and Kabuki Inc. of Japan have collaborated on an automotive project the two companies are calling the Micro Commuter. The new vehicle was unveiled at Createc in the United Kingdom, and yes, it is about as adorable as it sounds.

Using 3D printing technology and a fancy Variable Design Platform base, the Micro Commuter was designed with city mobility in mind. Developed for use by Japanese confectionary maker, Toshimaya, the concept uses a chassis constructed from Honda’s rigid but lightweight pipe frame structure.

The interior is spacious enough for the driver only, while providing rear cargo storage for supplies and materials. It will give you as much space — as the photos show — for about three large boxes stacked on top of each other, if not slightly more.

Power comes courtesy of Honda’s Micro EV technology battery, designed for short-range travel. The electric powertrain gives the Micro Commuter a range of 80 kilometers (50 miles) on a single charge, and allows for emissions-free mobility throughout the city. It’s the same battery, in fact, one might find on the MC-B ultra compact EV in Japan.

The battery produces a maximum output of 11kW, and propels the plucky little city car to a top speed of 70 kmh (43 mph). As far as charging is concerned, the Micro Commuter can be charged in as little as under three hours (using AC200V), or seven hours using (AC100V).

Honda hasn’t said whether there are plans to put the Micro Commuter into production, but it’s a unique and innovate idea nonetheless.

Honda has developed a short range ‘Micro Commuter’ electric vehicle for use by Japanese confectionary maker, Toshimaya. The car is a joint development with Kabuku Inc., and is based on an open innovation model which incorporates the idea of variable design platform. The car was unveiled at CEATEC Japan 2016.

The vehicle uses a chassis constructed from Honda’s rigid but lightweight pipe frame structure, and 3D printing techniques have been used to create the exterior panels and luggage space. The Micro Commuter is powered by Honda’s Micro EV technology, designed for short-range trips up to approximately 80 km (50 miles) and is used on the MC- β ultra compact EV in Japan.

This unique car differs from other examples of Honda micro EVs in providing space for a driver only and a generous space to carry deliveries of sweet treats. It will conduct local deliveries of Toshiyama’s most famous product, dove shaped shortbread, ‘Hato sablé’’.