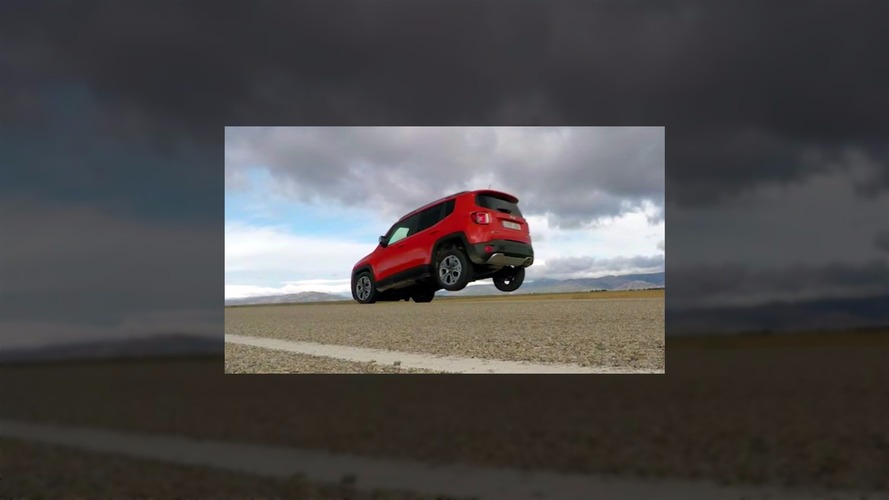 A Spanish journalist has discovered an alarming tendency for the little SUV to lift its rear wheels under severe braking.

Anyone with even a vague understanding of vehicular dynamics will know that a car’s weight is thrown forward under heavy braking. In motorcycles, it can lead to the rear wheel lifting off the ground, a phenomenon that doesn’t typically afflict cars, but may exist in the Jeep Renegade, it turns out.

Last year, Spanish automotive journalist Pablo Gonzalez was testing a 1.6-liter, diesel-powered, front-wheel-drive Renegade when something alarming happened as he conducted an emergency braking test from about 84 miles per hour (135 kilometers per hour). He explained what happened on Spanish motoring website km77.com:

“The body leaned forward, nothing strange, it was expected. But he [the car] continued to lean and reached a point where the sky disappeared from my horizon. All I saw was asphalt and asphalt, moving quickly before my eyes. Despite this I kept stepping on the pedal with all my strength. I had the feeling that the rear wheels were in the air, which surprised me to not feel any blow when they returned to their site [the road].”

Gonzalez then set up a camera and repeated the test with the same result. To a truly alarming extent, as you can in the video below.

Following the test, Gonzalez contacted Fiat Group Spain to inform it of what had happened. Technicians inspected the car and discovered the braking system was faulty. Repairs were made and the car put through the same test again, performing as it should.

Case closed, you would think. A single car that had picked up a fault which manifested itself in a very scary way, but that had been fixed. That is not the end of the story, though.

In September of this year, Gonzalez once again found himself testing a Renegade, this time a 2.0-liter diesel, four-wheel-drive model. And the exact same thing happened again.

Braking from 62 mph (100km/h), the Renegade’s rear wheels lifted in two consecutive tests, albeit to a lesser extent. In a third test, the braking force “declined substantially”, but produced no lift. A fourth test the next day, from higher speed, also produced no lift.

Gonzalez notes that, even when the rear wheels stayed in contact with the ground, the Renegade’s nose always pitched down considerably under heavy braking.

Second time around, Gonzalez decided not to inform Fiat Group Spain. However, he did get in touch with his contact who said they had tested a number of cars since the initial incident, but had not seen a repeat of the effect.

Another test of a different Renegade by Italian website HDMotori.it in 2015 also produced a small hop from the rear wheels, as you can see in the video below at about 9 minutes 45 seconds.

Jeep parent company Fiat Chrysler Automobiles has not commented on the videos.