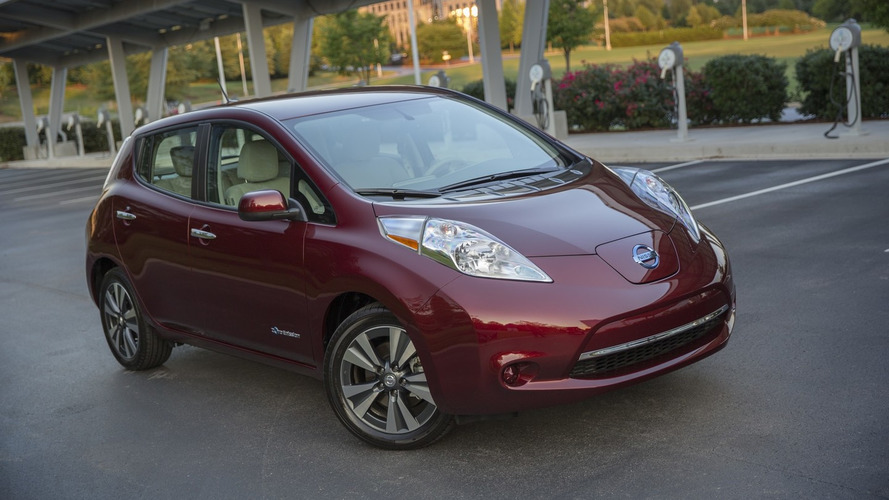 Nissan has decided to drop the Leaf S' 24-kWh battery and replace it with the 30-kWh pack shared with the higher-end trims.

Much like Tesla is eliminating the weakest battery from the Model X’s range, Nissan is doing just about the same thing with its Leaf electric hatchback. The 2016 model year was initially launched with a 24-kWh battery pack for the entry-level "S" model rated by EPA at 84 miles of range, while the more expensive "SV" and "SL" trims gained a beefier 30-kWh pack good for 107 miles. That’s no longer the case as the smaller battery has now been dropped altogether, meaning the Leaf can be ordered exclusively in the 30-kWh flavor.

While the Nissan USA website is still showing the Leaf S with the 24-kWh battery priced at $29,010 MSRP, in reality the Leaf S now has the 30-kWh pack and it kicks off from $32,450 (before any applicable incentives). The bump in price has to do not only with the battery upgrade, but also with the fact that the S is going to come as standard with the Quick Charge Package.

The reveal was made by Paige Presley, a representative of Nissan North America, while talking to our colleagues from GreenCarReports. Presley also mentioned there might be a few 2016MY 24-kWh Leaf S cars in stock for those looking to get the entry-level trim for sub-$30k and willing to settle with the 84-mile range provided by the smaller battery.

Nissan has been selling the all-electric hatchback for almost six years, so you can imagine work is well underway at its successor. The company has already confirmed it will receive a 60-kWh battery and is going to provide a total range of at least 214 miles, thus double than the current Leaf. There’s no word about a launch date, but it might debut in United States as early as the 2018 model year. When it will arrive, the second-gen Leaf will have to go up against the Chevy Bolt and its 238-mile EPA range.