Jerry Seinfeld's 'Comedians in Cars Getting Coffee' is for sale 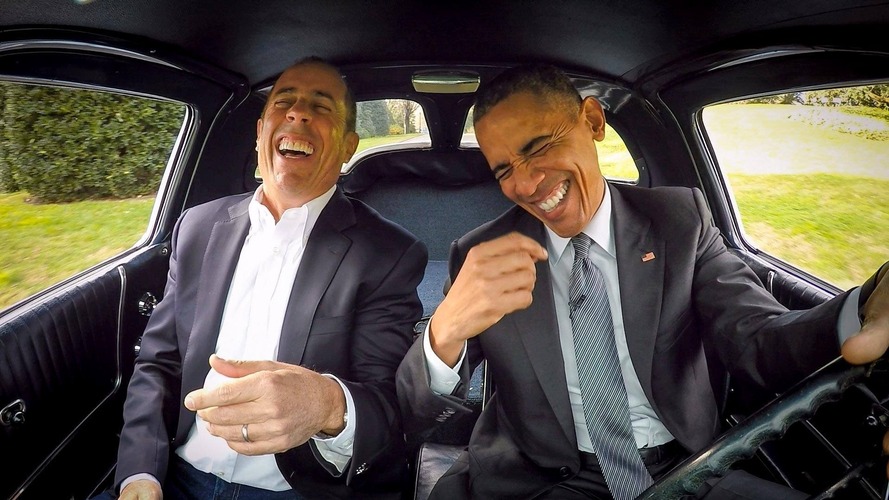 The web show could move from Crackle as Seinfeld's contract expires.

Jerry Seinfeld’s smash hit web series Comedians in Cars Getting Coffee is up for sale as the host’s contract expires, reports the New York Times.

Launched in 2012, the show features Seinfeld engaged in free-flowing, wide-ranging conversations with fellow comedians and celebrities. In an interesting car of some sort, on the way to a diner. As it says in the title.

Since it started, the show has been carried by Sony Pictures Entertainment’s streaming service Crackle. But Seinfeld’s contract with Sony, which also distributes his classic sitcom Seinfeld, is due to expire. The studio parted ways with long-time Seinfeld ally Steve Mosko earlier this year, so his future there is uncertain.

The NY Times refers to a number of sources who wished to remain anonymous who said that Seinfeld’s representatives have been talking to other streaming services such as Netflix and Hulu about distributing Comedians in Cars.

With a claimed 100 million streams over eight seasons and 53 episodes, the show put Crackle on the map. It’s loss could be a big blow to the platform.

“‘Comedians in Cars’ has been a great part of Crackle’s programming lineup for years, and we look forward to continuing our relationship with Jerry Seinfeld,” Sony said in a statement. Even if the show did move to a different platform, Sony would continue to make money from it as the studio produces it with Seinfeld.

According to the NY Times’ sources, just the back catalogue of episodes could be sold to a new outlet, allowing new episodes to continue streaming on Crackle. Or the whole lot, both new and old episodes, could move.

Comedians in Cars was nominated for Outstanding Variety Talk Series in this year’s Primetime Emmys, and has won the Producers Guild of America’s Outstanding Digital Series award for the last two years.

Neither Seinfeld's representatives, Hulu, or Netflix have not commented.

Season nine is expected to premiere in the coming months.