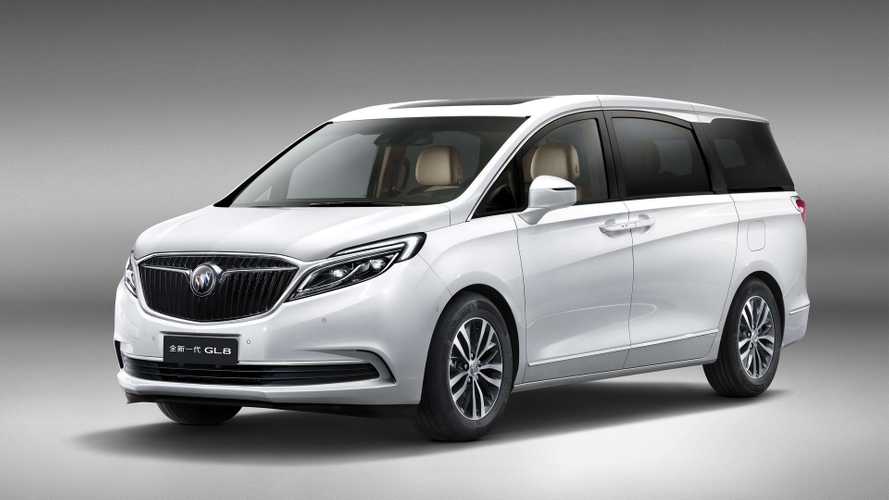 General Motors China has taken the wraps off the next GL8 multi-purpose vehicle set to go on sale locally before the year’s end.

Now in its third generation, the posh MPV adopts a more upscale exterior appearance thanks to the company’s most recent design language. It retains the predecessor’s very generous wheelbase measuring 121.5 inches (3,088 mm), which according to Buick is a best-in-class figure. While the wheelbase has remained intact, the new model has shorter front and rear overhangs, which means the overall length has decreased a little bit compared to the outgoing GL8 that spans at 204.7 inches (5.2 meters).

Buick hasn’t released a lot of details about the GL8, but it does mention it will be able to host up to seven people like the model before it. In addition, the MPV will benefit from upgraded engines and the latest crop of technologies implemented inside a more luxurious cabin. It is believed Buick is going to sell the people carrier in only two trim levels: the entry-level ES and the flagship Avenir like the namesake concept unveiled at the beginning of last year. As a reminder, fully-loaded Buicks from now on will receive this moniker following the company’s decision to introduce the “Avenir” sub-brand.

Reports coming from China are indicating the third-gen model will actually use just about the same underpinnings as the current car, but it will make the switch to an independent rear suspension to boost comfort. Power will allegedly be provided by a turbocharged 2.0-liter gasoline engine developing 253 hp (189 kW).

The all-new GL8 is scheduled to go on sale in the People’s Republic before the year’s end and it will likely be exhibited at the Guangzhou Auto Show in the second half of November. Having sold 76,607 units of the outgoing, second-generation model in 2015, the GL8 is an important product for GM in China where Buick is currently the third-largest passenger vehicle brand.

Production of the new MPV will be conducted locally by the Shanghai-GM joint venture.

SHANGHAI – A new-generation version of the venerable Buick GL8 luxury multi-purpose vehicle (MPV) will be launched in China later this year.

The GL8 nameplate has been a key member of Buick’s lineup in China since it first went on sale in 2000. Last year, 76,607 GL8s were delivered nationwide. The GL8 has helped make Buick the third-largest passenger vehicle brand in China, the largest market for the brand globally.

The new seven-seat GL8 luxury MPV has more optimized space than its predecessor due to shorter front and rear overhangs and increased height. It maintains the previous generation’s segment-leading 3,088-mm wheelbase. The premium interior will meet the needs of business and family users.

Buick is an international brand offering vehicles with sculpted designs, luxurious interiors and thoughtful personal technologies, along with responsive-yet-efficient performance. Buick is attracting new customers with its portfolio of award-winning models in North America and China. Buick has sold over 7 illion vehicles in China since its introduction by SAIC-GM in 1998. More information on the Buick brand in China can be found at Buick Media Online.