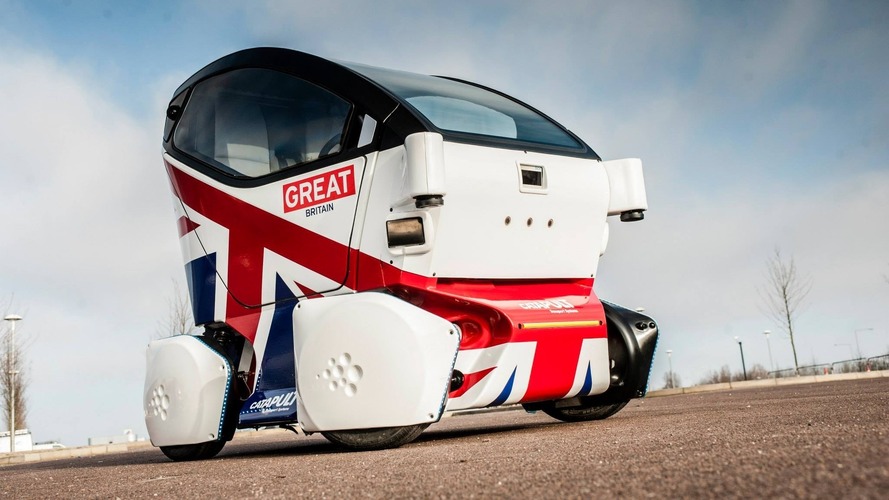 The little pods are staying in pedestrian areas for now and keeping at low speeds.

The United Kingdom is now allowing fully driverless vehicles to operate in public areas for the first time. A single driverless pod (similar to the one above) is already testing in a pedestrian area in the city of Milton Keynes, England. A fleet of 40 of them should be carrying people around the streets there by the end of next year, according to the MK Citizen.

The two-person pods use a combination of radar and cameras to get around without a driver. There's still a steering wheel inside in case someone needs to take over, though, according to Reuters. The little cars in Milton Keynes only go 5 miles per hour (8 kilometers per hour), so there’s not too much danger of getting into trouble.

Regulators in the U.K have been getting serious about working out ways of incorporating autonomous technology onto the roads there. They announced several pilot programs last year that tested a variety of methods for carrying people with a driver. A self-driving shuttle in Greenwich was the first of them to start testing, but this initiative in Milton Keynes was also among the sponsored programs.

Parliament is also working out how people would insure an autonomous vehicle. Right now, there's a major dilemma about figuring out how to decide the person at fault if a self-driving car has an accident.

While the U.K puts a bigger focus on self-driving vehicles, the tech is maturing rapidly elsewhere. For example, an autonomous taxi service could be widely available very soon. The business Nutonomy is already testing one within a business district in Singapore. Uber has also been working on similar breakthroughs in Pittsburgh. On a smaller scale, a project from Ford and students at the Massachusetts Institute of Technology is ferrying people around the campus there. Soon, the tech could even be widely available to consumers in the near future from brands like Volvo and Tesla.