Would you pay $1M for this rare Tesla Roadster prototype? 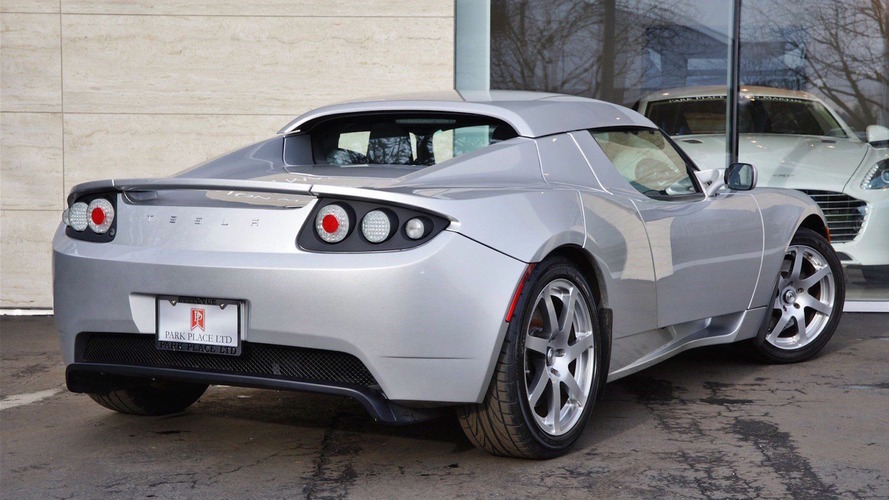 You may have forgotten that before the relative success of Model S and Model X, Tesla put into production this little beauty. The Roadster was essentially a reworked Lotus with an electric drivetrain and a few other features that differentiated it from its British counterpart. Production only lasted four years, and in that time the company managed to move 2,450 examples in over 30 countries.

But before the Roadster was allocated for sale in the U.S., Tesla produced the example you see here: a prototype. It’s just the 32nd example built by the company (only 33 prototypes were made in total), and was used extensively as a marketing tool. Just a smidge over 18,000 miles read on the odometer. Now it's for sale on eBay.

Unfortunately, there is a catch. While this rare Roadster prototype may seem like the perfect addition to any Tesla enthusiasts collection, the seller won’t let it go for less than $1,000,032, the price listed on eBay. Here is his logic:

"A million dollar Tesla may be crazy today, but with vintage Ferraris going for $15M+, imagine what the first Ferrari prototype models would go for. Take that 30 years into the future when most cars are electric and they'll be able to trace their history back to Tesla, the company that is changing the industry, and this being a prototype of its first model. Historic and super sporty.”

Aside from an astronomical price tag, the prototype is said to come with a few unique features that you might not find on the average production-spec Roadster. The seller cites a special gear shift knob, for example — though it’s difficult to see exactly what is “unique” about it.

It does wear a special prototype VIN to confirm its legitimacy, 5YJRE11B181V00032, has recorded just 18,000 miles since new, and comes with full service records, which note a replaced power module by a Tesla service center a few years back. It also comes with the original hard and soft tops, a portable charger, and a 240v wall charger.

You just have to question whether the seller out of his mind, or ahead of his time. I’ll leave that one open to interpretation.