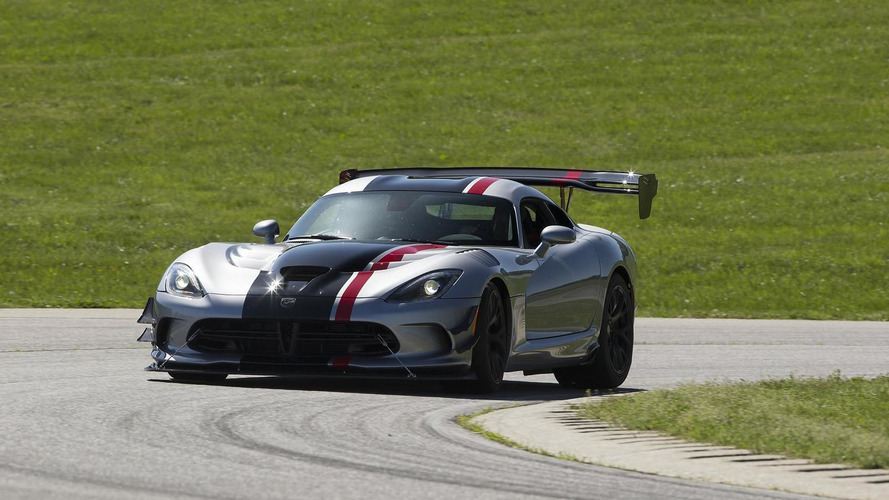 Fiat Chrysler is deciding how many to build in the car's final year.

Dodge has stopped taking orders for the 2017 Viper while it decides how many to build in what will be the current car’s last year of production, reports The Detroit News.

Dodge boss Tim Kuniskis told TDN: “That’s the end. We have orders for Vipers way out into next year.”

However, Fiat Chrysler said it is “currently studying just how many more Vipers can be built”. In a statement emailed to TDN, a spokesman added: “Ordering is still closed for all Viper models. Again, the ordering system will be re-opened but the timing on when that will happen is still to be determined.”

It is thought the current Viper is being killed off because it cannot comply with new federal safety standards that require vehicles to be fitted with side curtain airbags. It seems fitting them would significantly reduce the coupe’s already limited headroom.

It isn’t clear if the Viper namepate will be seen again or not. Rumors suggest it may return on the Alfa Romeo Giulia’s platform. However, sales have dropped off in recent years. Just 670 examples of the 2016 model year have been sold in the United States since production started in September of 2015. Around 30,000 Vipers have been built since the model was launched in 1992.

A single dealer in North Carolina has bought 135 examples of the 2017 Viper, 38 of them customized through Dodge’s “One-of-One” program. Salisbury-based Gerry Wood Chrysler Dodge Jeep Ram is something of a Viper specialist, currently listing 128 of them on its website. The dealer initially claimed the order represented 99 per cent of the final year’s production, but later retracted the statement after learning it "is not fact".

When asked to respond to the order, Dodge said it's "important to note other dealers still have Viper stock."

Dodge confirmed order books for the Viper ACR closed on September 27, and for all other Viper models on October 7.