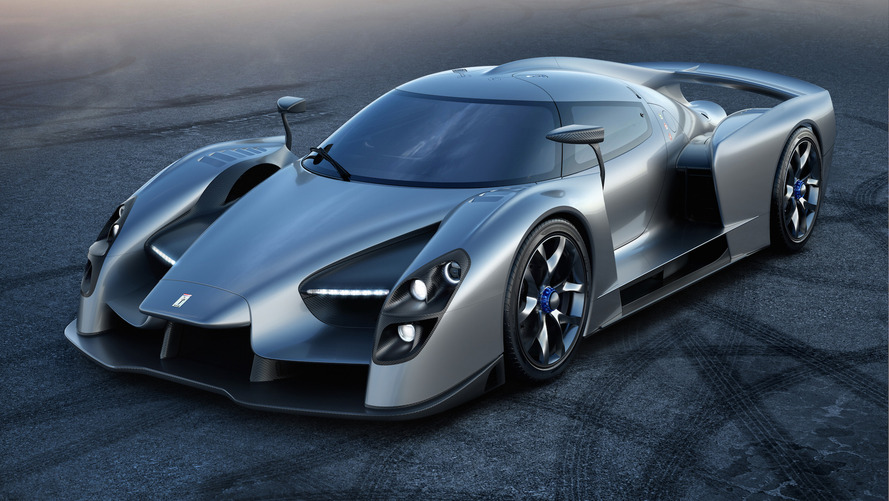 The SCG003S is gearing up for its world debut at the 2017 Geneva Motor Show with 750 horsepower.

After a pretty hefty teasing campaign, Scuderia Cameron Glickenhaus (SCG) is finally letting loose its first production supercar. The SCG003S will make its world debut at the 2017 Geneva Motor Show in Switzerland. With it will come a slightly updated design from the prototype we saw previous, and some jaw-dropping performance figures.

Borrowing cues from its track-prepped sibling, the SCG003S will utilize many of the same design and performance traits found on the track-going car. Of course, all of those traits will be toned down (slightly) for road use; the ’S’ standing for ‘Stradale’ in the road-going version, unlike the ‘C’ for ‘Competizione’ in track spec.

A 4.4-liter V8 will sit under the hood, good for 750 horsepower (559 kilowatts) and an estimated top speed of 217 mph (350 kmh). SCG promises that its 003S will be “the fastest cornering car on sale,” generating more than 2Gs through corners, similar to what you might find in a prototype race car. From a standstill, it will hit 62 mph (100 kmh) in less than three seconds.

The car will be hand built in Italy by Manifattura Automobili Torino, and will be sculpted entirely out of carbon fiber… as any good supercar should be. Along with the powerful engine, the aerodynamic design will provide optimum performance both on the road, and on the track.

“It’s a culmination of a long-held dream to finally see our amazing race car born again as a road car,” said found James Glickenhaus. “Using all the know-how we have taken form competing in international racing and putting it onto the road… capturing the spirit of the road racers that have defined the automotive history during the heyday of grand touring.”

Production will begin in limited numbers summer of next year, with a wide range of personalization options available to buyers, both on the exterior and in the engine bay. No word on pricing just yet.