With only two days to go until the premiere, the 5 Series G30 is showing more of its metal courtesy of new teasers.

BMW’s “Five reasons to be successful” teaser campaign for the next-gen 5 Series currently encompasses three short clips. The company’s marketing team is telling the whole world that in order to be successful, you’ll have to be connected, advanced (whatever that means), and powerful, with the remaining two teaser clips to reveal the rest of the attributes.

More importantly, the videos are also providing a glimpse of the new midsize sedan, which a plethora spy photos have shown it won’t be all that different compared to the outgoing model. That’s the norm these days among German premium marques, so it doesn’t come as a big surprise the G30 won’t be a vast departure from its predecessor as far as the styling is concerned. Some will be tempted to say the appearance of the car would be more suitable for a facelift rather than a new generation, as it was the case with the 7 Series last year when the G11 was introduced along with its long-wheelbase G12 sibling.

Design aside, the 2017 5 Series will bring a series of improvements over the outgoing model, with one of the most important being the weight loss of up to 220 pounds (100 kilograms) thanks to BMW’s new CLAR platform. An assortment of semi-autonomous driving tech sourced from the flagship 7 Series is also on the agenda, along with a roomier cabin as a result of a slightly increased footprint.

The wraps will come off this Thursday when BMW will finally reveal its new 5 Series Sedan, with production scheduled to begin before the year’s end in Germany and in Austria at Magna Steyr’s factory from early 2017. The more practical Touring will likely be introduced at the Geneva Motor Show in March, while the oddball Gran Turismo will reportedly be unveiled in September at IAA in Frankfurt. A China-only stretched 5 Series Sedan will likely be launched in 2017. Further down the line, the automatic-only M5 with optional xDrive is expected to join the family at some point in 2018. 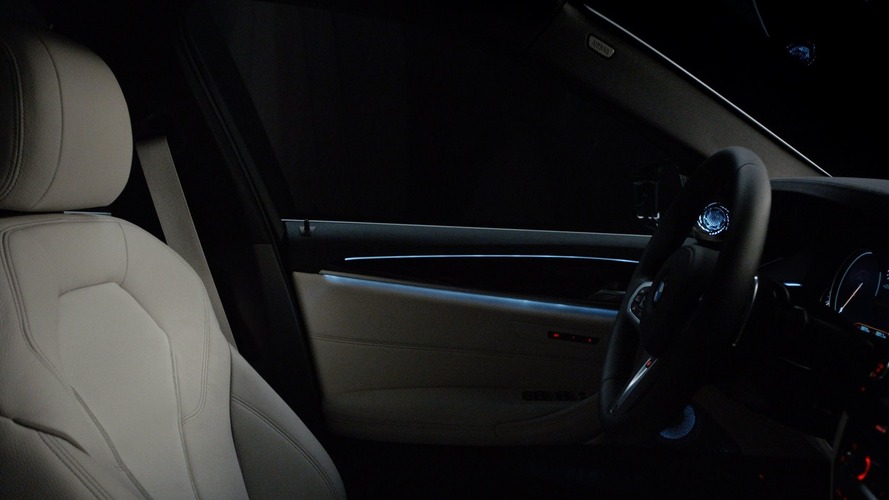 [update] Fourth teaser has been released. It provides a glimpse of the 5 Series' interior. The final teaser will be out tomorrow, ahead of the car's full reveal on Thursday.