Is Fernando Alonso's LaFerrari for sale? 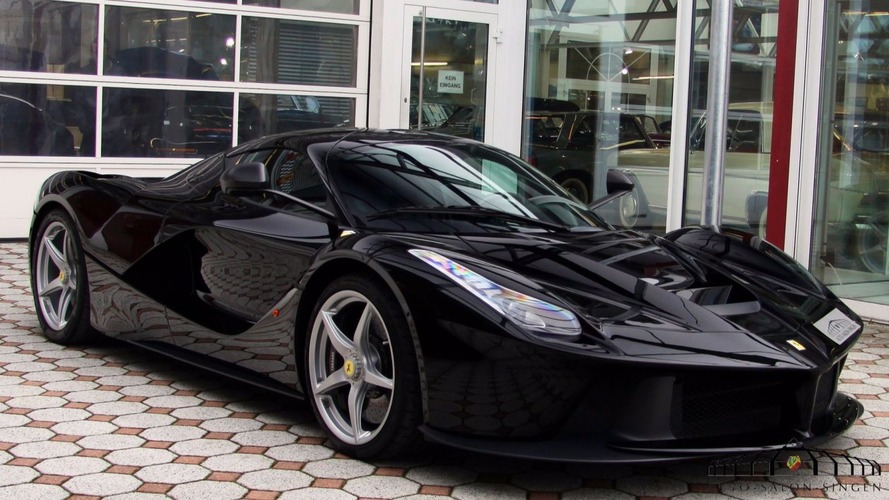 A LaFerrari for sale in Germany offers tantalizing clues that it was once owned by F1 driver Fernando Alonso.

A LaFerrari that may once have been owned by Formula 1 racer Fernando Alonso has come up for sale at a dealer in Germany.

The listing doesn’t state categorically that Alonso’s name is on the logbook, however the car does offer some tantalizing clues. First, it was registered on January 20, 2014, when Alonso was still driving for the Ferrari F1 team. That date also means it is among the first examples to emerge from the Maranello factory and Ferrari’s star driver would no doubt have been a high priority customer.

Second, though more curious, is a small plaque mounted on the bottom part of the steering wheel which is inscribed with Alonso’s name. All LaFerraris have a plaque in the same place, engraved with whatever words or logo the owner wished. Another example with Alonso’s name exists, but it is owned by Ferrari itself and resides in the Ferrari Museum. It would seem oddly narcissistic if Alonso wanted to look at his own name while driving his car, but anything is possible.

Alonso was involved in the development of the LaFerrari, but he has, to our knowledge, never been pictured behind the wheel of one in the real world. So, though it is a near-certainty he did buy one, we can’t say as much categorically.

Famous former owner or not, this particular LaFerrari looks like a fine example. Black is a rare colour, and just 2900 kilometers (1800 miles) have been put on its 963 horsepower hybrid powertrain.

It is listed for sale at Auto Salon Singen, a dealer in the town of Singen near Germany's border with Switzerland, which may just be the greatest dealer in the world. No less than seven LaFerraris are currently listed on its inventory, along with seven Mercedes SLR McLarens, five Porsche 918s, three McLaren P1s, Bugattis EB110, Veyron, and Chiron, a Pagani Huayra, and a Lamborghini Centenario.

No price is given for this LaFerrari, but they are typically priced around €3 million ($3.3 million) at the moment.