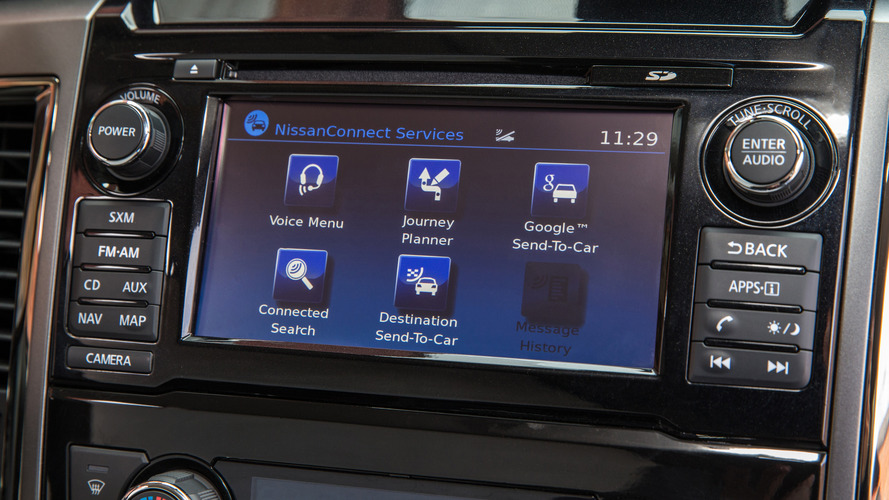 J.D. Power and Associates released the results from a new survey, focused on the experience owners of new vehicles have had during the first 90 days of ownership. Drivers were asked about many different things, mainly about in-vehicle technologies including built-in satellite navigation, infotainment system, and safety features.

The research discovered that customers are generally satisfied with the technologies in their new cars, as the average satisfaction score was 730 on a 1,000-point scale. Interestingly, navigation systems rated the worst with an average score of 687 points.

The results show more than a half of the people surveyed with built-in navigations have never actually used them at all, deciding to use the navigation functions of their phones instead. Also, nearly a third of the drivers used the built-in GPS system for less than two weeks before giving up on it and using portable devices again.

As it turns out, the biggest problem is entering a new destination, which requires browsing through many menus to find an address. According to J.D. Power vice president Renee Stephens, customers are totally not satisfied with the fact that they have to deal with confusing “points of interest” menus that doesn’t include enough destinations.

The survey discovered voice commands are also frustrating for users, because they are often misunderstood by the system and have to be repeated multiple times.

In addition, for safety reasons, drivers are usually not allowed to manually enter a destination while the car is in motion. And while this is perfectly understandable for drivers, passengers are also not able to do it, because the navigation system is locked and can be activated only with voice commands.

Stephens believes systems like Android Auto or Apple CarPlay that mirror the mobile phone’s apps in the car’s infotainment system are the perfect solution, but many car owners aren’t even aware they have such systems in their cars.

The survey has one more very important goal – to find out which are the best vehicles in different segments in terms of overall customer experience with vehicle technology. The BMW 2 Series and 4 Series rank highest in the small premium segment and compact premium segment respectively, while the Hyundai Genesis and Tucson are the best models in the midsize premium and small segments. The Chevrolet Camaro is ranked highest among the midsize cars, the Kia Forte in the compact segment, and the Nissan Maxima in the large segment.

DETROIT: 10 Oct. 2016 — BMW and Hyundai each have two models that rank highest in overall customer experience with vehicle technology in their respective segment, according to the J.D. Power 2016 U.S. Tech Experience Index (TXI) Study,SM released today.

The inaugural study measures a vehicle owner’s experiences, usage and interaction with driver-centric vehicle technology at 90 days of ownership. The major technology categories analyzed in the study include collision protection; comfort and convenience; driving assistance; entertainment and connectivity; navigation; and smartphone mirroring.

Other models that rank highest in their segment are the Chevrolet Camaro (midsize segment); Kia Forte (compact segment); and Nissan Maxima (large segment).

Among the vast array of technologies available in new vehicles, those that assist with collision avoidance have the highest usage and the highest overall satisfaction. Additionally, they are the technologies owners most want in their next vehicle, according to the study.

Collision avoidance technologies—such as blind spot warning and detection, lane-keeping/centering and back-up camera/warning systems—are collectively part of the collision protection category, which has the highest overall satisfaction among the five groups of technologies included in the study index scores, with a score of 754 on a 1,000-point scale. In contrast, owners are least satisfied with their navigation systems (687).

“For any technology in a vehicle, it’s critical that the owners want it, are aware they have it and know how to use it,” said Kristin Kolodge, executive director of driver interaction & HMI research at J.D. Power. “It is alarming how many technologies consumers have in their vehicle but aren’t using because they don’t know they have them or don’t know how to use them. Both of these knowledge gaps have long-term implications for future demand.”

Other industries beyond automotive are keeping a close eye on in-vehicle technologies. For example, the insurance industry is closely tracking the use of safety-related technologies that, while potentially increasing claims costs when a vehicle is damaged, also help prevent or mitigate collisions and protect occupants when there is an accident. Auto insurers have been slow to add discounts for newer safe driver technologies, but that is beginning to change. Liberty Mutual Insurance offers a vehicle safety discount for teens driving a vehicle equipped with safety features, such as a lane departure warning system; adaptive cruise control; and collision preparation systems.2

“As auto insurers begin to offer discounts for vehicle safety features, this may help raise consumer awareness that they actually have these technologies and the knowledge to use them properly,” saidJessica McGregor, director of the insurance practice at J.D. Power.

The Role of the Dealer

Even if owners are aware they have an in-vehicle technology doesn’t mean they will use it.

Among owners who say they never use a specific technology, 39% indicate they bring another device into their vehicle to replace certain technologies that are already present. Of those who bring in another device, navigation is the feature most often replaced. Furthermore, 57% of owners who bring in another device say they never used the in-vehicle equipment before bringing this outside device into the car to replace the vehicle’s features. Of the 43% who have used it, 56% stop using it within the first month.

“The dealer plays a critical role in whether or not a technology is used,” said Kolodge. “When the dealer takes the time to explain the technology or provide a demonstration, it not only makes the owner aware they have the technology, but also helps them understand how to use it, which means they are more likely to use it, continue to use it and, because they see the value, want it in their next vehicle.”

DTU problems not only deteriorate satisfaction, but they also affect the vehicle’s quality. Even though it may operate as intended, when a technology is difficult for an owner to use or understand, it is likely to be considered a quality issue. For example, navigation system difficult to use/poor location is the sixth most common problem in the J.D. Power 2016 U.S. Initial Quality StudySM (IQS). Owners who learn how to use their navigation system from the dealer report 2.0 problems per 100 vehicles (PP100) fewer navigation DTU problems than those who do not get a dealer explanation.

Gap between Premium and Non-Premium Is Narrow

“It’s not just how much technology you have in the vehicle, but how well it’s delivered,” said Kolodge. “The technology’s usability and how well it is integrated into the vehicle are critical—that has to be done right.”

The 2016 U.S. Tech Experience Index (TXI) Study is based on a survey of 17,864 vehicle owners and lessees. Awards are based solely on responses from the 13,269 consumers who purchased or leased a new 2016 model-year vehicle in the previous 90 days that has been considered an all-new or redesigned vehicle within in the past three years. The study was fielded from February through August 2016.