The division is also toying with an even hotter i30 with all-wheel drive.

American drivers won’t get to enjoy Hyundai’s upcoming i30 N hot hatch. However, there’s the possibility of a tuned version of the Elantra sedan should offer buyers similar performance in a four-door body in the near future. They would probably share the brand’s upcoming, high-output 2.0-liter turbocharged four-cylinder.

"The next car is focused on the U.S. and Korea—it's a different platform," N division boss Albert Biermann told reporters, including Road & Track. Hyundai’s product plan would then give Europe another N-badged model – the region’s second by that point. China would then be next to get one.

Copious spy photos and Hyundai’s own teaser videos already tells us a lot about what to expect from the i30 N. Its turbocharged 2.0-liter powerplant makes between 260 horsepower (194 kilowatts) and 300 hp (223.7 kW) and can produce quite an aggressive sound with lots of pops and bangs. There would only be a six-speed manual available at launch, but an automatic would join the lineup later. An optional performance package would let customers add more heat to the hot hatch, and the kit would include larger brakes, limited-slip differential, and an updated exhaust. 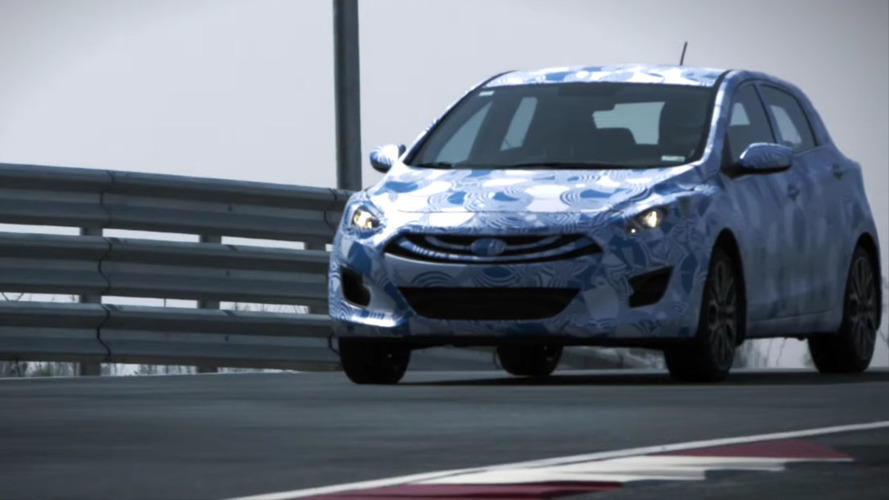 We expect the i30 N to go on sale in Europe next year as the Hyundai division’s grand debut on the market’s performance scene. According to Biermann, N is also working on an even more powerful version of the hot hatch with all-wheel drive. However, at this point the project doesn’t yet have a green light for production.

For now, the sportiest Elantra available in the U.S is the new Sport trim. It uses a 1.6-liter turbocharged four-cylinder engine with more than 200 horsepower and 190 pound-feet of torque. Customers can choose whether that power gets to the front wheels via a six-speed manual or an optional seven-speed dual-clutch gearbox. There are also aesthetic upgrades like LED foglights, a black grille, and new rear bumper.

Gallery: Hyundai i30 N spied in the United States