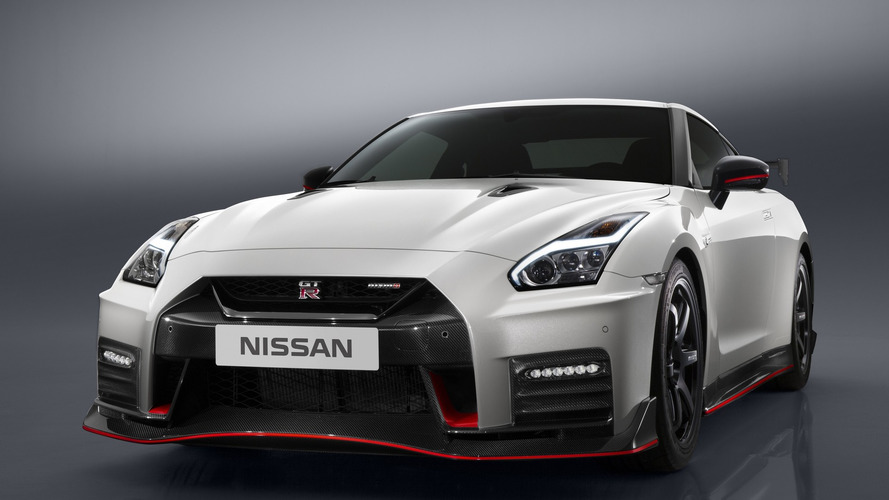 As we are approaching the model's launch in Europe, Nissan is revealing more and more pricing details for the Nismo-spec GT-R.

The “range-topping super-coupé” as Nissan likes to call it will go up for order in U.K. from November 1 for anyone willing to fork out a cool £149,995 for the meanest Godzilla ever. Also from next month, the company will have the flagship GT-R R35 on sale in Germany and France where it’s going to cost €184,950.

As a reminder, Nissan USA announced towards the end of September a $174,990 starting price for its updated supercar, while just last week the company’s Australian division disclosed plans to bring the Nismo brand to the Land Down Under from February 2017 when the GT-R Nismo will be launched from $227,410 (that’s Australian dollars.)

So, what do buyers get for these hefty sums? For starters, the mighty hand-assembled biturbo 3.8-liter V6 delivering 600 horsepower (441 kilowatts) and 481 pound-feet (651 Newton-meters) of torque channeled to both axles through a dual-clutch, six-speed gearbox. The Nismo-spec GT-R gets just about the same mild visual tweaks as the lesser versions of the car to improve not only the exterior appearance, but also boost its aerodynamic efficiency.

The 2017 model year also sees the introduction of a reinforced body and retuned shock absorbers, stabilizers, and springs. Corroborated with the extra downforce, the latest Nismo-flavored GT-R should handle better than ever.

The most obvious changes are noticeable once you hop inside the cabin where Nissan has simplified the center stack by reducing the number of switches from 27 to just 11. There’s also a bigger 8-inch touchscreen for the upgraded infotainment system, which can also be controlled via the newly added rotary knob mounted on the carbon fiber center console if you’re not a big fan of using the touchscreen.

Assembled in Tochigi, Japan, the cream of the crop in the GT-R’s range fitted with the latest update will likely serve as the generation's swan song since an all-new R36 model is expected to arrive around 2018.

The ultra-desirable flagship of the Nissan GT-R range – the exhilarating GT-R NISMO – will go on sale from 1 November, with prices now confirmed for the first time.

The GT-R NISMO is the pinnacle of the GT-R range, a high-performance race car for the road which takes the very best of the super-coupe’s legendary Japanese heritage, then enhances the iconic design and state-of-the-art technology even further.

Power comes from a twin-turbocharged 3.8-litre V6 delivering 600PS – 30PS more than any other car in the range. The engine features a pair of high-flow, large diameter turbochargers used in GT3 competition, and power is sent to all four wheels via a six-speed dual-clutch paddleshift gearbox.

Like the standard car, the GT-R NISMO’s front end features a fresh face with a dramatic new bumper. However, on this model it’s made entirely from carbon fibre to reduce weight. To help cool the car’s high-output engine, the dark chrome V-motion grille has been enlarged to collect more air.

The redesign has been carefully shaped to improve airflow around the vehicle and generate a high level of downforce, while at the same time directing air around the wheels to improve the aerodynamics. The GT-R NISMO generates more downforce than any other Nissan production car to date, which results in exceptional high-speed stability.

The performance of the all-wheel-drive GT-R NISMO has also been upgraded, thanks in part to the standard model’s significantly reinforced body structure. This allowed the engineering team to further refine the GT-R NISMO’s shock absorbers, springs and stabilisers. When combined with the car’s increase in downforce, the result is the most dynamically capable GT-R NISMO ever.

This is evidenced by the car’s improved slalom times and superior cornering performance, both of which are nearly 2% better than the previous version. Despite its more potent nature, the new GT-R NISMO boasts better overall balance than before, evolving into a car that can be enjoyed on both winding roads and race circuits.

A more premium and sophisticated interior is one of the key enhancements to the new GT-R, and the NISMO version is no exception. The redesigned dashboard, steering wheel and centre armrest are covered with high-quality Alcantara® leather. Unique to this version are the leather-covered Recaro® carbon bucket seats with red Alcantara® inserts.