VW not happy with DHL for building its own EV van 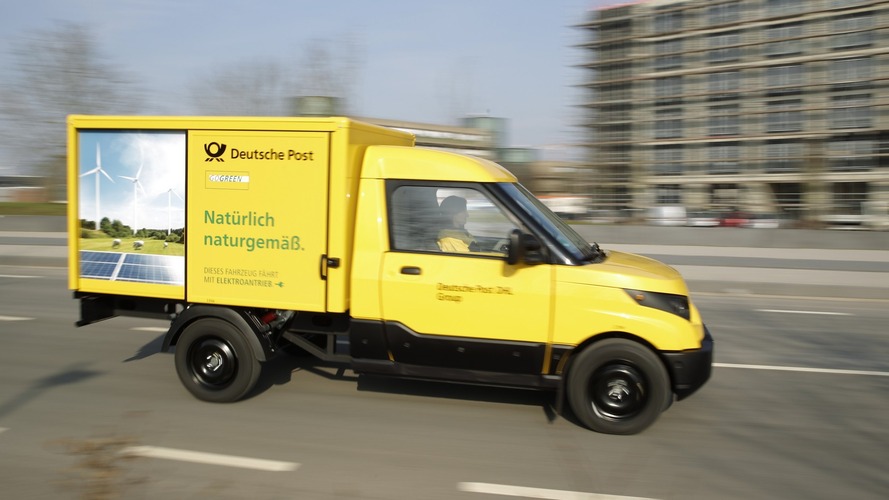 The postal service is liquidating its VW fleet, annoying the automaker "beyond measure."

German postal service Deutsche Post (otherwise known as DHL) has started rolling out its new Streetscooter electric van, which is replacing a big fleet of conventional Volkswagen Caddys. And the automaker is not happy about the situation, Automotive News Europe reports.

DHL already has 1000 Streetscooters in service and has raised production to 5000 units per year. The company operates a fleet of around 30,000 vans, all of which will eventually be replaced by the Streetscooter.

Volkswagen CEO Matthias Mueller said: “I am annoyed beyond measure. I, of course, ask myself why Post did not talk to our VW Commercial vehicles division about doing something similar. Let’s see if we can still get a foot in the door there.”

DHL started casting around for an electric van to carry out the growing amount of delivery work rising from e-commerce without increasing greenhouse gas emissions. According to DHL, no makers of conventional vans that it approached were interesting in making a suitable, bespoke vehicle in the relatively low quantities needed.

So the company bought out the Streetscooter project, which had designed and tested the van almost entirely on proprietary software, massively cutting the cost. All the components are made by outside suppliers, too, so the cost of equipping a factory to produce the van was minimal.

The van has been designed to be used 10 hours a day, six days a week, over a 16-year service life. Components like the doors, which can be opened and closed 200 times a day, have been made particularly robust.

Speaking to Reuters, Streetscooter business development director Win Neidlinger said: “We designed it as a tool. So the fit and finish does not need to be as good as in a passenger car.”

DHL has not yet taken a decision on whether or not it will sell the Streetscooter on the open market. It isn't clear, either, if it will be used by other DHL branches around the world.