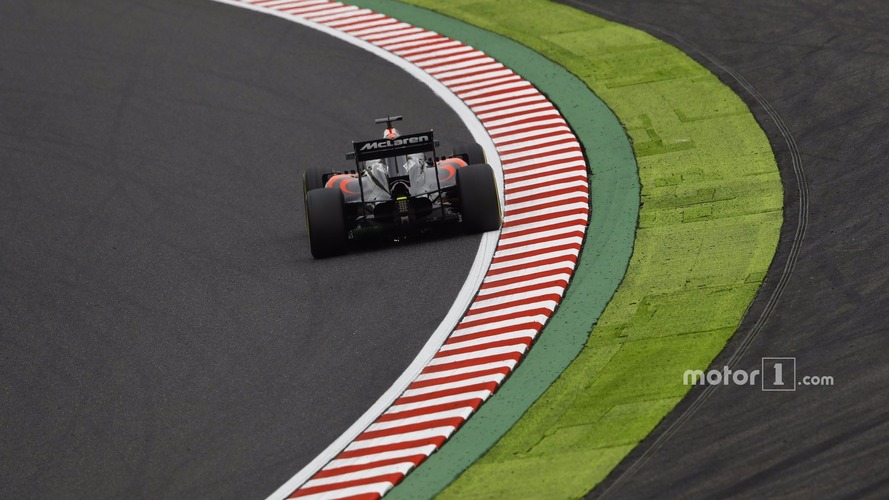 Saturday's qualifying session for the 2016 F1 Japanese GP comes to an end. Here are the results.

Nico Rosberg beat teammate Lewis Hamilton to pole position for the Japanese Grand Prix with a last-gasp effort at Suzuka.

The German driver had been second quickest behind Hamilton before his final run, when he improved to beat the Briton by just 0.013 seconds.

It was Rosberg's eighth pole of the 2016 season, matching his teammate's tally.

Kimi Raikkonen was again Mercedes' closest rival in third, the Ferrari driver outqualifying teammate Sebastian Vettel for the seventh this this year.

Vettel, however, has a three-place grid penalty that will drop him to seventh.

Red Bull was unable to challenge Ferrari and had to settle for fifth and sixth positions Max Verstappen ahead of Daniel Ricciardo.

The Haas team got both its cars into Q3 for the first time, with Romain Grosjean in eighth and Esteban Gutierrez rounding out the top 10.

Rosberg needed just one lap on softs to finish on top in the second segment, over four tenths of a second ahead of Hamilton, who went wide during his run.

There were no different strategies for the start of the race this time, all drivers using softs for their best times.

Valtteri Bottas will start from 11th position as Williams struggled for pace, both the Finn and teammate Felipe Massa (12th) failing to reach the top 10.

The Williams duo were followed by the Toro Rossos of Daniil Kvyat and Carlos Sainz, the Spaniard spinning at Spoon in his final run in the dying seconds of the segment.

Fernando Alonso completed a poor day for McLaren-Honda, finishing down in 15th position nearly two seconds off the pace.

Jolyon Palmer was the quickest Renault driver in 16th.

Vettel set the pace in the first qualifying segment ahead of Raikkonen, as theFerrari duo decided to complete their runs with the soft tyres.

Rivals Mercedes and Red Bull used the medium rubber, while the rest of the field also set their fastest times on softs.

There was massive disappointment for McLaren-Honda in the engine manufacturer's home race as Jenson Button was knocked out in Q1, the Briton finishing in 17th position.

Both Button and Alonso had to use to set of softs in the session, the Spaniard making the cut just ahead of his teammate.

Kevin Magnussen was unable to match Palmer's pace and was also eliminated with the 18th quickest time after making a mistake at the final chicane.

Sauber duo Marcus Ericsson and Felipe Nasr, and Manor's Esteban Ocon and Pascal Wehrlein completed the list of drivers who where knocked out in Q1.