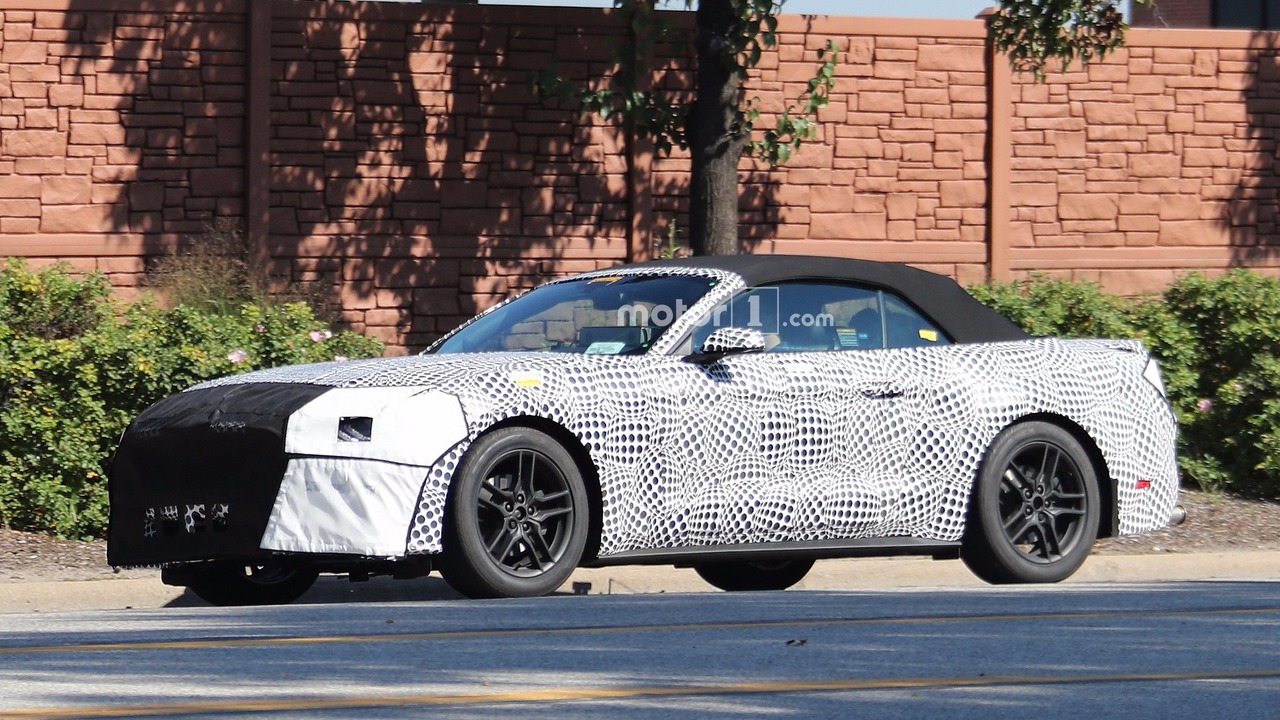 The drop-top pony car is preparing for a refresh likely to arrive for the 2018 model year with both visual and mechanical changes.

The sixth-generation ‘Stang was unveiled almost three years ago, so it seems just about right that Ford is preparing a nip and tuck, but at this point we are not able to see the changes because of the dotted camouflage. Judging by the extensive amount of disguise applied on this convertible prototype, some might be tempted to say the Mustang will receive a thorough revision on the outside, but history has taught us that’s not necessarily true.

Beyond the cosmetic tweaks, the facelifted Mustang in both coupe and convertible flavors will gain a ten-speed automatic transmission as an option. The reveal was made earlier this year by a dealership employee after noticing the ten-speed transmission listed in an online parts catalog from Ford. Developed in collaboration with General Motors, the gearbox is going to be available in the 2017 Camaro ZL1 where it aims to be faster than Porsche’s PDK, according to Chevy.

It’s not known at this point whether it will be offered for the turbocharged 2.3-liter, four-cylinder engine and the naturally-aspirated 5.0-liter V8, or just for one of the two. According to a report published by Autocar, the larger engine might be the only one to receive the new transmission, while the EcoBoost is expected to soldier on with the current six-speed auto.

Since we are on the subject of gearboxes, the coupe-only Ford Shelby GT350 will allegedly be blessed with a dual-clutch ‘box, although details about it are scarce at the moment. The upcoming 2017 GT supercar is set to use a seven-speed DCT, but that doesn’t necessarily mean the GT350 will use the same unit.

All of the changes in the pipeline are expected to debut on the 2018 model year, and an announcement from Ford regarding the Mustang facelift could be made as early as next month at the Los Angeles Auto Show. If not, the Blue Oval company will likely share the news in January 2017 at NAIAS in Detroit.