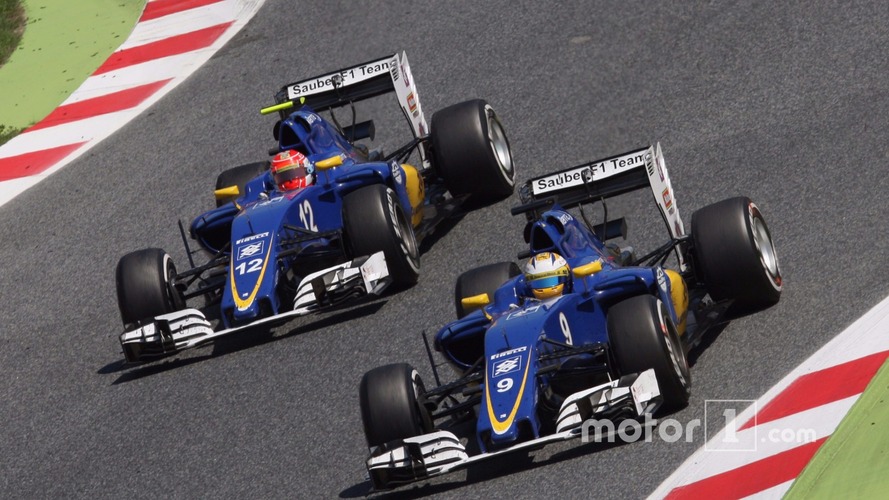 Sauber team principal Monisha Kaltenborn hasn’t ruled out a future Formula E programme for the Swiss team, to run alongside its core business in Formula 1.

Kaltenborn says that Sauber came close to joining the electric series when it was first launched in late 2014, but did not proceed as the company was busy at the time fighting for survival in F1.

"It's something that we looked at right in the beginning, before it came in," said Kaltenborn. "And actually right until the end they kept a seat for us.

"But we had other issues to sort out, and we don't want a new one. But that is the future in some way. You might like it or dislike it, it is going to come up.

"We were very serious about it. We had our own issues to resolve first, you don't want to open up another area before you're not solid yourself and have stabilised that area.

"But we were really on to it for a long time, since the time when they started talking about it. Actually it was postponed originally, it was meant to come in earlier but the rules were not clear, so we were really into it. But if the time's not right, one shouldn't force it."

Kaltenborn said a Formula E project would still be of value to the team.

"I think it was a logical step that if you can do this, and increase your portfolio of activities you're involved it," she added.

"For the brand it would have been interesting, to be part of something that is coming up like this. We will continue to look at it very carefully, and the door is not closed there for me. But it's an add-on.

"Definitely, it is something one should look at, it's very interesting, and see what synergies one can [find].

"Look at the Liberty Group itself, they have now got in here, they do have somewhere in the group, I'm not sure if it's the same entity, also an investment in Formula E.

"So they seem to see some synergies there but from a very different perspective again, so why shouldn't this work out for a team?"

However, Kaltenborn cautioned about what impact the increasing role of manufacturers will have on the fledgling all-electric series.

"If you see Formula E, the teams that started, there are a couple of them which are no longer there," she said. "Already manufacturers are coming in.

"We've seen when they come in, the costs hike, even if you try to keep a standard chassis, or standard parts, or whatever.

"You are already seeing the tendencies, how things are going to be opened season by season, which basically means it's going to be very expensive.

"So it will be interesting to see that the development, where we might have taken five or six years, maybe they'll be there in two years, and then let's see what's going to happen.

"Probably it's a lot of marketing ideas behind it, as it always is with manufacturers, and it will be interesting to see how long they take to reach the situation where one of them at least says 'I've had enough of it'."