Is an Acura NSX quicker than a Lamborghini Aventador

This race should have an obvious winner but does it?

On paper, there’s no way the 2017 Acura NSX should be able to beat a 2016 Lamborghini Aventador in a drag race. However, a video from The Exotic Revolution puts them to the test for a check of whether the Lambo’s horsepower advantage is really enough to earn a victory.

The Lambo is also lighter than the NSX. The Pirelli Edition is in this clip, but the minor styling changes shouldn’t have a major effect on the 3,472-pound (1,575-kilogram) dry weight of the standard model. The NSX weighs a bit more at 3,803 pounds (1,725 kg). 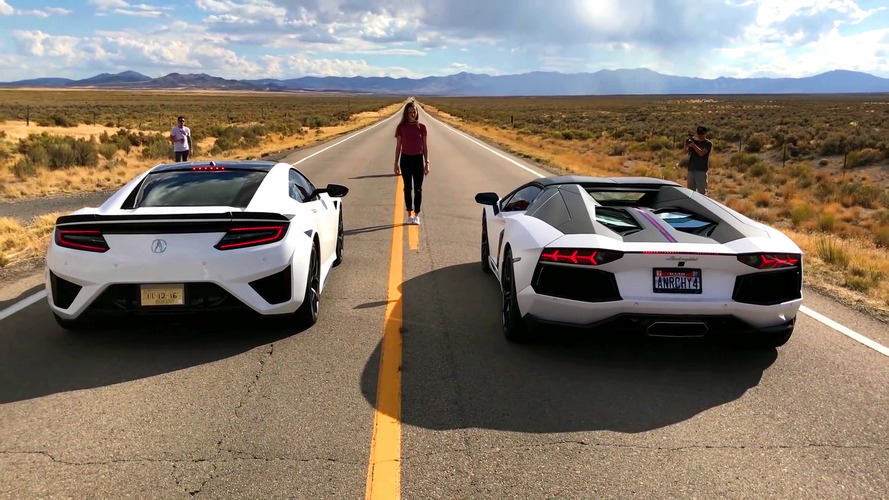 So the NSX enters this battle with more power and less weight than its rival, and those are serious detriments in any race. Unfortunately, there are two factors in this clip we can’t control for. First, there are different drivers in each car, and that means their respective skill levels play some part in the results. Second, this video only shows a single run; there’s no way to know if one supercar has a bad start, which might skew the results.

Now that you know the contenders’ relative strengths and weaknesses, check out the video above to find out which supercar wins. The clip has a lengthy opening, but you can skip to 1:17 to get right to the racing action.

NSX deliveries are just starting in the United States, and we expect to see more videos like this as their numbers on the street grow. The team at Motor1 can’t wait to see how the new Ohio-built supercar performs against other supercar heavyweights.